How many cricket stadium in India 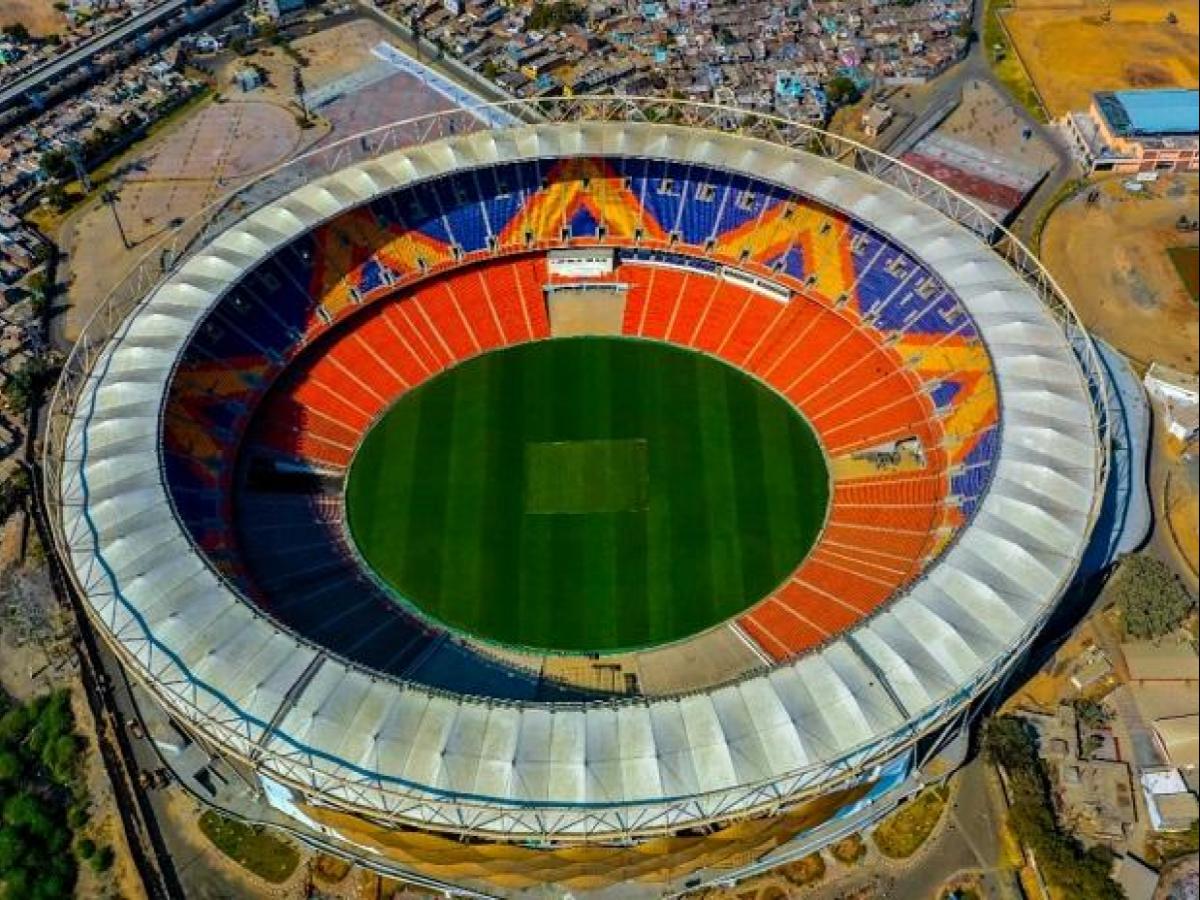 The stadium was demolished and GCA decided for the reconstruction of a new stadium. The BCCI and GCA did not settle for anything but the best for the project. Demolition was completed by December 2015 and GCA issued a tender notice on 1 January 2016 inviting bids.

The oldest, biggest, and without a doubt, the most famous stadium in India – Eden Garden. Kolkata’s renowned stadium was built way back in 1864 and has undergone redevelopment a number of times. After the 1987 renovation for the World Cup, Eden Garden had a capacity of 94,000 to 100,000. Attendance of more than 100,000 fans has been recorded on at least six separate occasions in this famous stadium. But after the 2011 renovation, the capacity came down to 68,000 – still the biggest in India and second biggest in the world.

Eden Garden is considered as one of the best stadiums in the world and the best in the Sub Continent. It has witnessed some of the most excellent Cricket matches in the history and India vs Australia’s test match in 2001 is without a doubt a best amongst them.

The stadium has also witnessed the final of the 1987 World Cup, the infamous Sri Lanka vs India semi-final and Rohit Sharma’s exceptional knock of 264 – in ODIs! In 2016, a bell was added to the stadium, and just like at the Lord’s, it is rung before the start of the play. The stadium has hosted most international matches in India – 82! (40 tests, 31ODIs, 6 T20s, 4 WODIs, and 1 WT20Is)

Situated in the outskirts of Raipur or the upcoming city of Naya Raipur, this stadium is the 2nd biggest cricket stadium in India. It is considered as one of the most beautiful cricket stadiums in India, with state of the art facilities available for players and fans.

The stadium was inaugurated in 2008, but the first match was played in 2010, between Canadian national cricket team and the Chhattisgarh cricket team. Since then, the ground has been used as the second home of Delhi Capitals (Formerly Delhi Daredevils) in IPL. In 2014, the stadium also hosted eight matches of the now-defunct Champions League T20.

Home of the Hyderabad franchise in the IPL, Rajiv Gandhi Stadium is well known to the fans of the T20 league. But after its establishment in 2003, the stadium has hosted just 5 tests, and 6 ODIs. several is mostly due to the small size of the ground and a flat track which makes it a batting paradise.

Nevertheless, the stadium witnessed a Sachin Tendulkar’s master class when he scored 175 against Australia in 2010. Chasing Australia’s total of 350, India lost the game by just three runs. India vs Bangladesh was also played at the stadium in 2017, the first time the two neighbours played in India in the longest format.

Greenfield Stadium in Trivandrum is unique in its own ways, being one of the very few stadiums built according to the norms of both ICC and FIFA. The stadium was built in 2015 and is India’s first-ever DBOT (design, build, operate and transfer) model outdoor stadium. It is also the first entirely eco-friendly stadium in the country.

So far, Greenfield has hosted just one T20 and ODI each. The India vs New Zealand T20 was a rain-curtailed affair as the game was reduced to 8-overs per side. India won the match by 6 runs after scoring 67 in the first inning. West Indies vs India was the first ODI game at the stadium in 2018, and it was one-sided, to say the least. India chased down the target of 105 in just 14.5 overs.

The home ground of India’s most successful captain, M. S. Dhoni, JSCA Cricket Stadium in Ranchi is also amongst some of the biggest stadiums in the world. It has hosted a test match, 5 ODIs, 2 T20s, and has also been CSK’s second home in IPL for some time now.

The stadium’s construction has been done in such a way that no shadow falls on any of the nine before 4:45 PM. Surrounded by hills on the east and west sides, it is also the only stadium with ‘Hills Stands’ in India. In the only test match played here, Cheteshwar Pujara played a scintillating knock of 202 against Australia.

Established in 2017, the stadium was named after the former Prime Minister of India. The stadium has hosted just one T20I so far, in 2018. Rohit Sharma became the first man to score four centuries in T20I with his knock of 111 against West Indies in Lucknow. In July 2019, this stadium was declared as the new home of Afganistan Cricket team.

With 80-yards straight and 85-yard square boundaries, VCA is the largest cricket stadium in India in terms of the field area. The stadium has been appreciated for its facilities in the dressing room and press box. And with the large boundaries, it is a rare experience for bowlers to bowl with freedom at this stadium.

VCA has hosted 6 tests, 9 ODIs, and 11 T20Is so far. Virat Kohli has scored four centuries at this stadium, 2 in tests and 2 in ODIs. Tendulkar has also scored two tons in tests here and one in ODI. His ODI century came during India’s only defeat in the 2011 World Cup, against South Africa and was Master Blaster’s 99th international 100.

Established in 1958, Barabati Stadium is amongst some of the oldest stadiums in the country. The stadium’s first-ever ODI, hosted in 1982 was only the third ODI being played in India. The stadium has hosted 2 tests, 18 ODIs, and 2 T20Is.

Dipil Vengsarkar is the only player to score a test century at this stadium which came in 1987 against Sri Lanka, the first test in Cuttack. In the last ODI played here in 2017, fans witnessed a classic Mahi-Yuvi partnership against England. From 25-3, the duo took India to 381, with Yuvraj scoring 150 and Dhoni 134.

The second oldest Cricket Stadium in India, Feroz Shah Kotla was established in 1883. It is famous for a number of records broken and created. Anil Kumble became only the second bowler in the history to take 10 wickets in an inning. The spinner cleaned the Pakistani batting line-up at the Feroz Shah Kotla in 1999.

Sachin Tendulkar’s record-breaking 35th test ton, when he surpassed Sunil Gavaskar for most centuries in test cricket also came here in 2005. It is also one of the three stadiums in India to have hosted at least one of India’s game during the 1987, 1996 and 2011 World Cup.

Established in 2012, Barsapara Stadium has all the modern facilities required for the game. The 40,000 capacity stadium is covered with roofs above the entire seating area. The subsoil drainage system is installed at the stadium to withstand heavy rains or even cloudburst to make sure the game can restart as soon as possible.

The stadium has hosted just one T20I and one ODI so far. Australia defeated India in the T20 game played here in 2017 in a rather one-sided affair. In the only ODI played here, India chased down West Indies’ total of 322 by 8 wickets. Rohit Sharma scored 152 and Kohli scored his 36th ODI century to win the game without breaking any sweat.

Chinmay Pagar
I might be a Mechanical Engineer on the paper, but I was a Sports enthusiast since childhood, screaming at the TV watching cricket at the age of 4. Not much excites me other than sports unless it's free pizza. I can watch literally anything remotely related to sports; Cricket, Football, Tennis, F1, Hockey, Athletics, Chess, you name it! And I love to write too, so at the time I'm not watching sports, I'm writing about it. Or eating pizzas, of course.
Previous articleDutee Chand Unhappy After Winning Gold at Indian Grand Prix
Next articleSreesanth Biography, Career, Achievements, Family & Controversies

Meet the Top 50 Most Famous Sports Personalities in India: The...

Indian all-rounder creates history by featuring in the CPL draft