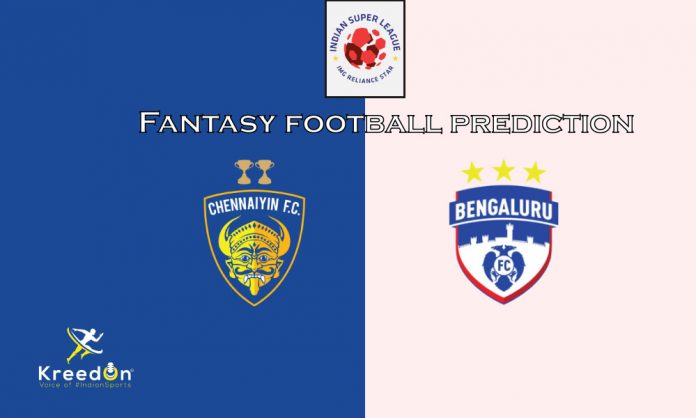 The 75th match of the Indian Super League will feature Chennaiyin FC who host at  Bengaluru FC the Marina Stadium in Chennai. The last time out, it was Bengaluru FC who came out on the top, winning 3-0 against Chennai.

Things have changed for the better for the Marina Macchans since the last time they played Bengaluru FC. Chennaiyin have looked strong on the scoresheet and have scored 10 goals in the last 2 games. A win for them tonight will bring them a couple of points behind the fourth-placed Mumbai, and with a game in hand, they will really push for the final spot in the semi-finals.

The defending champions have most probably qualified for the semi-finals with 3 games left to play. They registered a 1-0 victory in their previous game, moving to the second spot only to be overtaken by ATK. Their defence needs to be sorted out going into this match, as well as the attackers need to take their chances perfectly if they want to come out on top against Chennaiyin.

KreedOn Network
We are a team of sports writers who research about sports in India day in day out. Please reach out to us in case of any specific requirement of digital services on [email protected] .
Previous articleTata Open Maharashtra: Vesely, Berankis storm into singles’ semi-finals
Next articleINT vs MIL Dream11 Prediction | Serie A Milan Derby