Every smartphone looks incomplete without games. People try to keep themselves motivated and take time away from their busy schedules and engage in mobile games. Because mobile games involve complete commitment and significant focus, they allow and empower consumers to indulge in a sense of escape. Games offer specialized ways of checking all the boxes that are required for good brain training. Users are able to focus, think faster, and think more flexibly as a result of these games. Wondering which is the best of mobile games, don’t worry we’ve got your back.

An android classic, Subway surfer is the most downloaded game of all time. This game is not peculiar, the goal is to run indefinitely in order to escape being caught. However, the game is still a lot of fun. It doesn’t matter why the game is so enjoyable in the end. You’ll be too preoccupied with playing again, and again, to think about it. It takes a recipe that was on the verge of becoming stale and reinvigorates it. It is still one of the best offline games.

Another game that has topped the charts as the most downloaded game, Candy Crush is yet another addictive game. It’s a lot of fun and fascinating, and it adds enough variety to the match-three genre to make it stand out. While the early levels are simple, clearing the latter ones without assistance is nearly difficult.

It has been one of the best mobile games on android so far. People from all age groups enjoy this game.

The fundamental reason for PUBG‘s popularity has to be the phenomenal escape it offers. The necessity for regular feature upgrades to foster game loyalty among its customers is well recognized by its operators. It’s effortless to stream, you can talk to your friends as you play, and the game is meant to get your heart racing and give you a buzz. It succeeded to strike the perfect balance between realism and gaming prowess. It is one of the best mobile games online.

The game is known for its unpredictable happenings. The game never runs out of exciting events for players to participate in, from various types of spins to special top-up offers. In 2019, it became the most downloaded smartphone game in the world. Free Fire’s visuals are nearly comical, but they are also simpler, resulting in greater overall performance. It really gives a tough competition to PUBG. Still can be considered as the best of mobile games.

Players will never want to put Clash of Clans off because of its easy gameplay and the possibility of rapid and large prizes. Its addictive gameplay keeps the game’s best players hooked to their screens since logging out means leaving your base wide open for a raid. It is considered one of the best strategy-based mobile games for android. The combination of artificial-intelligence adversaries and the ability to combat real-world friends and foes is what sets Clash of Clans unique.

Due to a range of variables, Among Us has witnessed tremendous growth in popularity. It’s a one-of-a-kind game. During the COVID-19 pandemic, streamers began playing it, exposing “Among Us” to the eyes of millions of new gamers. This quick surge in popularity prompted the creation of new features and maps, as well. You might not have learned something, but this game really teaches us how to lie. Well, who cares, after all playing games is all about winning. It is one of the best of mobile games.

One of the most OG games, COD has our heart. Its PC and PS versions are considered one of the best of mobile games, but the mobile version is also a classic one. It’s a wonderful first-person shooter that’s completely free to play. The game caters to a wide range of gamers by allowing you to select between an auto-fire option and manually aiming and shooting. COD has a head-to-head competition from PUBG and Free Fire, yet it is unique in its own way and considered one of the best mobiles games in the world. 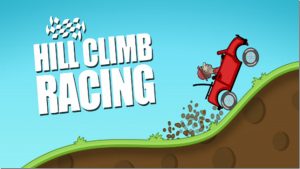 One of the most engrossing and engaging physics-based driving games ever created! Also, it’s absolutely free! Hill Climb Racing has been changing and evolving since its inception in 2012. It was downloaded over 100 million times in the first year of its release. It has a variety of entertaining and imaginative vehicles, each with its own set of improvements. From a drag racer to a tank, they’ve got it all!

Abhishek Mishra
Greetings, I'm Abhishek Mishra, a passionate sports writer, and football fanatic. Currently, I'm pursuing Bachelor's in Journalism and Mass Communication from GGSIPU, DELHI. I have a keen interest in sports and I aspire to become a sports journalist. I want to work in the overall development of sports and also work towards the grassroots and athlete recognition of our country.
Previous article
Meet the experts of Chicken Dinner | Top 12 Best PUBG Players in the World 2022
Next article
KreedOn Sports Buzz: Australia’s Destined victory Over NZ in the T20 WC Finals