9 Best fielder in the world that can catch even a flying bird! – KreedOn

The best fielder in the world: Cricket is a sport that connects with its fans, emotionally. It is the second most popular sport in the world, catching the imagination of many. Unfortunately, the sport is associated with only two aspects, batting, and bowling. We always end up overlooking one of the most critical departments of this beautiful game: FIELDING. Fielding plays a massive role in winning matches and has time and again proven its importance in the cricketing arena. Kapil Dev‘s spectacular catch in the 1983 World Cup Final or the magical run-out in the 1992 World Cup by Jonty Rhodes are some of the biggest examples of how decisive fielding can be.

Fielding requires plenty of athleticism, focus, and exceptional reaction time. To not be flinched by deliveries hit at a tremendous pace requires commendable courage. Traditionally ignored by many, most of the teams are stressing on having fit players capable of saving every possible boundary, taking every potential catch in their side. MS Dhoni may be thought of as the proponent of this trend after he famously led to the ouster of some of Indian cricket’s greatest but evidently unfit cricketers in return for young but athletic players. Here is the list of 9 best fielders in the world:

Herschelle Gibbs was one of the most prolific run-getter for South Africa. His stint with Rugby had made him a stunningly athletic fielder at short mid-wicket. Kown for his sharp throws and sensational catching, Gibbs may certainly go down as the third best fielder from South Africa after the legendary Jonty Rhodes and Colin Brand. In his illustrious career, the South African has a total of 108 catches in ODI cricket, and 94 catches in test cricket to his name. Gibbs is also the first player to hit six sixes in an over in One Day International Cricket as well as in the World Cup history.

Australian cricketer Steve Smith may well go down as one of the best test batsmen of all time. However, he is also equally known for his live-wire in the field. Though Smith is very composed in the field, he always keeps the batsmen on tenterhooks with his decisive and acrobatic fielding skills. As of September 2019, he had 108 catches from 68 Test matches, 65 in ODIs, and another 18 in T20I. In one of the Indian Premier League(IPL) matches, Smith pulled off a stunning display of fielding in the deep. He jumped up into the air and stopped a sure six, coming off the bat of Yusuf Pathan.

We all are quite aware of Trent Boult’s bowling exploits. His ability to scathe through the stumps and swing the new cherry in the whirling conditions of New Zealand is well-known. But little do we know that he is one of the fittest cricketers as well. Although he may not have taken the most number of catches, it is the quality where Boult scores. His flying catch against West Indies very well highlights his fielding prowess.

READ | How to win Chess in 3 moves? Explained in Simple Steps

West Indies’ Kieron Pollard may not be the quickest player on the field. But, he is, nevertheless, one of the swiftest fielders of all time. His trademark style of catching a ball with one hand of a shot which was all set to cross the fence is indeed a treat to watch. In a match against Kieron Pollard leapt into the air out of nowhere and pulled a blinder of catch through thin air. Coming down, the West Indian had the composure to not fall on the boundary fence. The stunning display, arguably his best to date, was met with a well-deserved standing ovation.

Virat Kohli is arguably the best batsman in the international circuit at the moment. His batting skills have made him deservedly earn the sobriquet of “Greatest Of All Time”(G.O.A.T). Ever since Virat Kohli is at the helm of things, the Indian Cricket Team has gone through a transition. Fitness is of prime importance if you are to stay in the fray of selection into the team. And Virat has always lead by example. He is the fittest cricketer at the present moment, and his sharp sense in the field has aided in brilliant run-outs and mind-boggling catches. One such example of sensational catches is when he indulged himself in a day-light heist of Dinesh Karthik’s wicket in an IPL 2019 match. His brilliance in the field speaks volumes of his athleticism which is a result of hard work, grit, and determination.

What Jonty Rhodes is to South Africa, Ravindra Jadeja is to India. Batsmen at all times have second thoughts on striking a shot into a region where Jadeja is fielding. The Saurashtra cricketer has one of the safest hands in the world, making him one of the best fielders in the world. His ability to pull off sensational catches in the deep regions with his hawk eyes on the ball at all times has garnered him praises from all cricket pundits in the world. Jadeja’s throws from the deep are a connoisseurs’ delight, without an iota of doubt. His run-out of Shoaib Malik in the ICC Champions Trophy has been widely regarded as one of the game-changing moments of that match.

Apart from being an explosive 360-degree batsman, AB De Villiers is also a very swift fielder. His agility and stunning reaction time are what make him an exceptional fielder in the cover region. Part of his explosive presence on the field may be due to the fact that de Villiers played numerous sports like swimming, tennis, and hockey. Over his 13-year-long career, ABD has an astonishing 217 catches to his name, although it is partly because he played as a wicketkeeper. ABD, thus, is an automatic inclusion in the top 10 list of the best fielder in the world.

READ | Kho Kho – Did you know the game has roots as old as Mahabharata?

Raina’s instinct in the field and his all-around fielding performance are a treat to watch on any given day. Raina made his debut back in 2005 and has been a prominent figure on the field ever since. He has taken a total of 102 catches in ODI cricket, and 86 catches in the IPL, making him one of the best catchers of the ball in the league. He also bagged the Best Catcher Award in the IPL for two years. Though he may not be in the frame of things for the Indian Cricket Team, one cannot overshadow Raina’s valuable contributions in the field and will certainly go down as one of the best fielders in the world of all time.

In an interview, legendary fielder Jonty Rhodes himself confessed of being a Suresh Raina fan. “I have been a massive fan of Suresh Raina, for forever; ever since he started playing,” he told ICC website.

“I know what the conditions of the fields are in India, and every time he practices, every time he dives, it’s gonna be so much of heat. He doesn’t even give a second hesitation of should I have dived or shouldn’t have dived,” he added.

What makes Jonty Rhodes an undisputed monarch of fielding is his raw athleticism, agility, impeccable throw, and brilliance at the backward point region – the toughest position to field in. Toughest because of the minimum reaction time that is needed to take wickets. Blink and you miss the ball. Mastering this very spot is a dream of any fielder. But Rhodes championed fielding here like the back of his hand.

At times, Rhodes appeared to defy the rules of science. His ability to almost suspend himself in the air to pluck that precious catch is a sheer delight to watch. Rhodes holds the world record for taking the most number of catches (5) in a single World Cup game (for non-wicket-keeping players).

Not only his catching but Rhodes’ was equally at inflicting runouts at an astonishing rate. His dismissal of Inzamam-ul-Haq in the 1992 World Cup where he darted like a bullet from the point region and flung in the air like a bird to unearth the three stumps is probably the most iconic run out in the history of cricket. 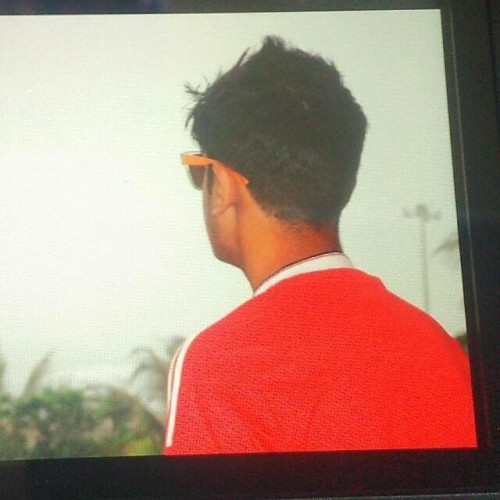 Gautam Gambhir hails MS Dhoni for his achievements as a captain...