All You Need to Know About Baseball 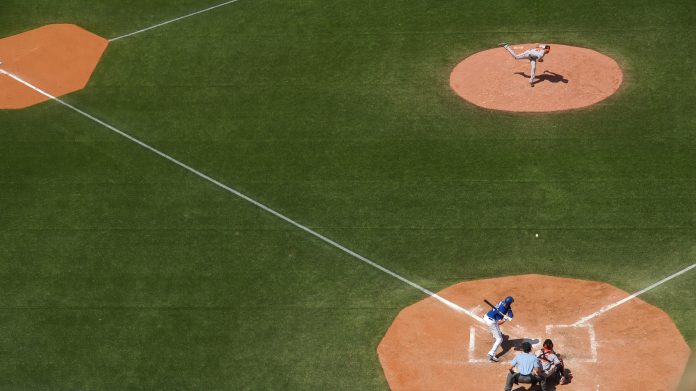 Baseball is a bat-ball game that is played between two opposing teams who each take turns to bat and field. The game proceeds when a player of the fielding team, known as the pitcher, throws a ball at the opposing player from the batting team who tries to hit with a bat and to score runs. The team to score the maximum runs wins the contest. The game bears resemblance to Cricket which also includes hitting the ball with the bat to score runs.

History of the Baseball

A Baseball is a sport that was invented in the United States. Among varied speculations popularly recognized opinion is that Abner Doubleday invented the game Baseball in Cooperstown, New York, USA during the summer of 1839. Abner then went on to become a Civil War hero, while Baseball became USA’s beloved national pastime. By 1856, local journalists in the USA started referring to baseball as the “national pastime” of the USA. Since then Baseball is a big part of the USA’s history and culture.  There is also the profound influence of Baseball on pop culture.

The Baseball game is more famous in North America, Canada, and Japan. Today, the game is played worldwide with the pinnacle of the game coming from the World Series of Baseball.

The object of the Baseball game is to score more runs than your opponent. The basic idea is to hit the ball thrown at you as far as you can before running around 4 bases to complete a run. Once the player manages to get around the 4 bases before being tagged out, then another batter steps in.

A Baseball sport is played out between two teams, each consisting of 9 players. The game lasts for 9 innings with each team alternating between batting and fielding in every inning. The scores at the end of the innings are added to a total score and the team scoring most points wins. Every team has three outs per inning before they then swap their roles. Every inning can be broken down into the top (where the away team bats) and the bottom (where the home team bats).

The field is split into 2 sections: infield and outfield. Separating the infield and outfield is a diamond shape with 4 bases, spaced at 90 feet separated each. In the center of the infield is the pitching mound where the pitcher stands and then throws the ball toward the batter. The batter stands at the home plate. The other 3 bases are known as the first base, second base, and third base. The batter should touch all bases before successfully scoring a run.

The bats are made out of either wood, aluminum or metal materials. The ball is white with red stitching and is around 3 inches in diameter. The fielding team wears ‘mits’, which are generally an oversized glove to help them catch and pick up the ball. The catcher wears extra padding in their glove, along with a body pad, a leg guards and a helmet.

To score, a batter must hit the ball with the bat into the designated fielding area and make it around all four bases (before the fielding team can collect the ball and throw it to the base the batter is running towards). A player can score a compulsory point if they hit a home run, which generally means the ball has left the playing area, often landing in the crowd. A player can stop at any base if they think they might not be able to make it to the next base before being tagged out.

Players can score multiple points from a single hit if more than 1 player is already on 1 of the bases. The phrase in the Baseball ‘the bases are loaded’ refers to the instance where there is a player on every base. So, each time a batter successfully makes it to first base, the other players on the second and third bases are able to trickle home, gaining a point for their team every time. Depending on how many players get around to home plate before being tagged out will depend on how many points you score. A maximum of 4 points can be scored on a single hit.

To win a game, you must score more than your opposition through the 9 innings played. The team with the most points after 9 innings is declared as the winner. In case of a tie, extra innings are played until a winner has been finalized.

Baseball has 2 teams of 9 players each.

The fielding team’s positions are made up of a pitcher, first baseman, catcher, second baseman, shortstop, third baseman, and three outfielders at right field, center field and left the field.

Baseball Games last for 9 innings in which both teams get to bat once. In the case of the game is a tied after 9 innings then an extra inning will have to be added till the winner is found.

Once a batting order is decided, then it can’t be changed throughout the game. Substitutes are allowed; however, substitutes should bat in the order of the previous player to whom they replaced.

If the batter manages to hit the ball from the pitcher, they should make an effort to at least get to first base. They can then run to as many bases as they want before being tagged out. Every base must be touched with some part of the batter’s body when running past.

A batter gets up to 3 strikes before getting out. A strike is changed when a batter swings for a ball and misses it. The batter can leave the ball but, if it’s within a certain area (‘strike zone’), then a strike will also be given. If 4 balls miss the strike zone and the batter does not swing their bat, they can walk to first base.

When on the base, the batter is allowed to run to the next base at any given point.

Sharad Chitalkar
An E & TC Engineer by degree from PCCOE Pune, a Writer by choice and a Generalist beyond archetype. Curious, Lyrical, Musical, Reflective and Sportive. Likes reading, writing, playing chess, watching sports channels and listening to music. Keen to be always aware of world current affairs. Inspired by contribution spirit and guided by knowledge. Happy and Grateful to be part of sportive KreedOn team where everyone is united and committed to improving Indian Sports Ecosystem.
Previous articleCheck Out Premier Badminton League 2018-19 Points Table
Next articleSports Manufacturing Industry: Why is it the Best Time to Invest in One?