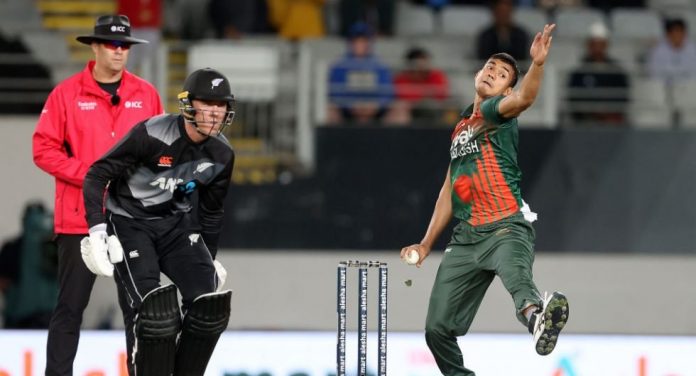 Ban vs NZ 5th T20 Dream11 Prediction: The series is now done and dusted, we already have a result even before the final match. Bangladesh has won the series and is looking in a strong position to win the last match as well. New Zealand will not be too happy with how the series turned out. They would still want to try and recover from the loss in their next match.

Bangladesh has taken the advantage of their home conditions which will be very helpful for them in the upcoming T20 World Cup to be held in UAE. They will also have good momentum after winning two consecutive series against two top teams, Australia and New Zealand. Hopefully, they can continue playing similarly.

New Zealand came into this series with a fairly inexperienced set of players, and this was a great opportunity for them to experience international cricket. This series loss will not hurt them in any way. They would still be very happy to have a bench squad that can compete with the best teams in the world.

Nurul Hasan- He had many ups and downs in the series against Australia, and here too he is not getting the desired results for his team. He will have to stay a little longer in the middle and make his presence felt.

Tom Latham- With Kane Williamson not available on this tour, Tom Latham is now leading the side. He had a good run in the second match but did not get too much support to emerge as the winner. Apart from that, there is not much he has done in this series. He will have to give a better performance the next time he comes in to bat.

Mahmudullah- He is Bangladesh’s captain, and under his reign, the team has evolved to become a much better squad. His personal form has been moderate. He has given good performances in this series and will want to continue that.

Will Young- He is yet another player who we have heard a lot about but have not seen much at the highest level. This is a great opportunity for him to seal a spot in the future for New Zealand. He performed well in the last match and was their highest scorer.

Liton Das- He also is one of the most important and experienced Bangladeshi batsmen. It is his responsibility at the top of his game, of which he has shown some glimpses in this series. He did not get too many runs in the last match but can get them in the last one.

Henry Nicholls- Henry Nicholls has not played too many T20 games, but he has some good scores in white-ball cricket. He has gotten an opportunity in this series and will have to get some runs to prove why he deserves to be on the side. He did well in one of the matches but has not produced anything major.

Nasum Ahmed- He did well against Australia, but this series was not going well for him until the last match, he got a four-wicket haul and restricted New Zealand for just over 90 runs in the first innings.

Ajaz Patel- He is not the biggest turner of the ball, but this wicket will suit him, and he would be able to get some turn. In the last two matches, he has picked up a four-wicket haul and two wickets. He will have to continue doing the same to prevent New Zealand from losing by a bigger margin.

Mustafizur Rahman- His form from the Australian series has continued here as well. Mustafizur has not been giving away runs and is their most effective bowler in this series without any doubt. He also is the leading wicket-taker in this series.

Mohammad Saifuddin- He is among the core bowlers in the Bangladesh squad. He got a couple of wickets in the last match and did not give away too many runs. He also is a big part of this Bangladeshi bowling attack.

KreedOn Network
We are a team of sports writers who research about sports in India day in day out. Please reach out to us in case of any specific requirement of digital services on [email protected] .
Previous articleEngland vs India 5th Test Dream11 Predictions | India Vs England 2021
Next articleTeam India T20 WC Squad Released: Know Who Could Be The Trump Card