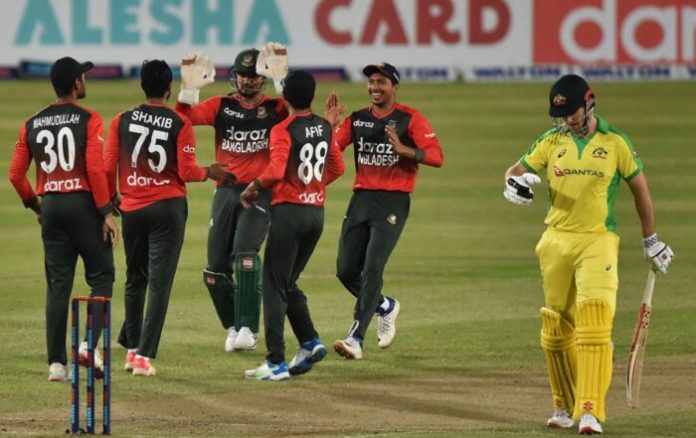 Ban Vs Aus 4th T20 Dream11 Prediction: It is all done and dusted for Australia. Bangladesh has won the third match as well and has already claimed the series. In the third match, Australia was not given a huge target, but they failed to get to 128 in their 20 overs. This total was the lowest score defended ad the Shere Bangla Stadium.

Bangladesh has bowled brilliantly up till now and has successfully restricted Australia to low totals. In the remaining matches, they need to focus more on their batting. They too have not scored big runs. If they improve their batting, that will be very useful in the T20 World Cup.

Australia, despite being one of the strongest teams in the world, has not lived up to its reputation. To lose the series in the manner that they did can be very disheartening for the squad. They now need to regroup as a team and try to redeem themselves in the remaining matches.

Matthew Wade-  Wade has had a series to forget, but he is the captain of the team, and now it is his job to regroup his team. He needs to lead the charge of batting and score as many runs as possible at the top.

Nurul Hasan- He is in this squad replacing Mushfiquir Rahim. These are huge shoes to fill. How well he takes hold of this opportunity is up to him no make a spot in the upcoming T20 World Cup.

Ben McDermott- Australi will take whatever little positives they can find now. McDermott started well in the third match, but he could not capitalize on it and score big runs. He would want to stay a bit longer in the middle in the next match.

Moises Henriques- A genuine striker of the ball, who has gotten the chance to bat a little higher in the batting order in this series. He looked good in the second match, but could not make an impact in the third match. To save his team, Henriques will have to go big in the fourth match.

Mitchell Marsh- Marsh, without any doubt, is the performer of this series. Though his team has not won any matches, his batting must have given Bangladesh a tough time. He is capable of winning matches, and Australia will highly depend on him in the next match.

Shakib Al Hasan- Shakib is Bangladesh’s most experienced player. After his spell of poor performances, he has redeemed himself in this series. He still needs to convert good starts into big scores.

Nasun Ahmed- After a brilliant four-fer in the first match, Ahmed has only picked one wicket in the next two matches. He was still economical, and he would take that as a positive.

Shoriful Islam- In this series, Islam has been consistent with the ball. He has picked six wickets in three matches so far. Islam is a young player and has a long way to go. How well he manages himself and his performance for the rest of the series will be interesting to see.

Josh Hazlewood- He is the highest wicket-taker in this series after three matches. Because he has been economical, Bangladesh has been restricted to low scores. Unfortunately, due to the lack of batting performance, his efforts have not gotten the results.

Mustafizur Rahman- This series was a breakthrough series for Mustafizur because he suffered from injuries that resulted in a dip in his performance. In the first two matches, he picked up good wickets. And in the third match, no batsman took any risk against him, and he conceded just 9 runs in his spell of 4 overs.

KreedOn Network
We are a team of sports writers who research about sports in India day in day out. Please reach out to us in case of any specific requirement of digital services on [email protected] .
Previous articleIndian Hockey Team At The Tokyo Olympics 2020
Next articleIndia At Tokyo Olympics 2020 | Neeraj Chopra Wins 1st Gold Medal For India In Track & Field, Bajrang secures Bronze