The Phogat sisters need no introduction. The Phogat family can be rightly called as the first family of wrestling in India. Though faced with hostility from his own community, wrestler Mahavir Singh Phogat trained his daughters to become the best wrestlers in the world. Today, as they keep on making him and the entire country proud, the conservative outlook has changed.

Today we are discovering this journey through the second-oldest Phogat sister- Babita Phogat. Let us explore her achievements, milestones, and unwavering spirit!

Babita’s father, Mahavir Singh Phogat is a former wrestler himself. The Dronarcharya Awardee left his job to completely focus on his daughters’ training. Her mother, Daya Kour, is a housewife. Babita has three sisters and two cousins. All of them are wrestlers. Her elder sister Geeta and cousin Vinesh have already won numerous international honours. Her younger sisters are also upcoming wrestlers. Babita has one younger brother, Dushyant Phogat.

How It All Began

Though the girls had firm support and guidance of their father, it wasn’t easy, especially at the beginning. Coming from a village where girls were killed even before they were born, the Phogat family has truly broken the conservative shackles of the society.

“We were two teenage girls who, according to custom, should have been draped in loose clothes to disguise our curves but instead we were running around the wheat fields in shorts and lycra tops and cropped hair. Everyone was just waiting for us to put a foot wrong,” Babita told the Dailyhunt.

This factor propelled Babita to work extra harder. She used to practice before school, go to school, come back, and practice more. Her coach and father, Mahavir Singh Phogat was a quite a task master. The girls had to come up with various excuses to skip the training. However, they always respected their father’s dedication and worked hard. Babita gives him full credit for her success.

Babita’s wrestling journey started with a stunning performance at the 2009 Commonwealth Wrestling Championship. She won a gold medal in 51 kg freestyle wrestling event in the tournament held in Punjab, India.

She continued her medal-winning streak with a silver medal at the 2010 Commonwealth Games. She was defeated by Nigerian wrestler Ifeoma Christi Nwoye in the finals of the 51 kg freestyle event.

Babita’s golden run at the Commonwealth Wrestling Championship continued in 2011 as well. This time she won the gold in the 48 kg category. At the 2012 World Wrestling Championships, Babita dominated all bouts to enter the semi-finals. However, she lost out to Jessica Anne from Canada. She won the bronze medal by beating Russian Zamira Rakhmanova.

Another bronze followed at the 2013 Asian Wrestling Championships in New Delhi. In the year 2014, Babita followed in her elder sister’s footsteps and won her first Commonwealth Games gold medal. She instantly became a national sensation after this feat.

On a high after the CWG gold, Babita couldn’t carry the momentum in the Asian Games. At the Incheon Games, she missed out on a podium finish. Rio Olympics was a very ambitious dream for Babita. Unfortunately, she lost out in the first round itself.

After some disappointing tournaments, Babita found her groove again in 2018. At the commonwealth Games held in Gold Coast, Australia she won the gold medal in the women’s 55 kg freestyle wrestling.

In the Pro Wrestling League, Babita plays for the team – UP Dangal. The league started very soon after the release of the movie Dangal, based on the Phogat family. It isn’t surprising that the team was named as UP Dangal. The success of the movie has definitely helped the sport. However, it also increased the pressure on Babita.

“Now that the movie has been made, I feel extra pressure to prove myself and make sure that I live up to the expectations of the fans. I am all set to wrestle on the mat now,” Babita told the Indian Express.

Perhaps, due to this pressure, Babita could not really give her very best in the league.

Some Interesting Facts about Babita Phogat 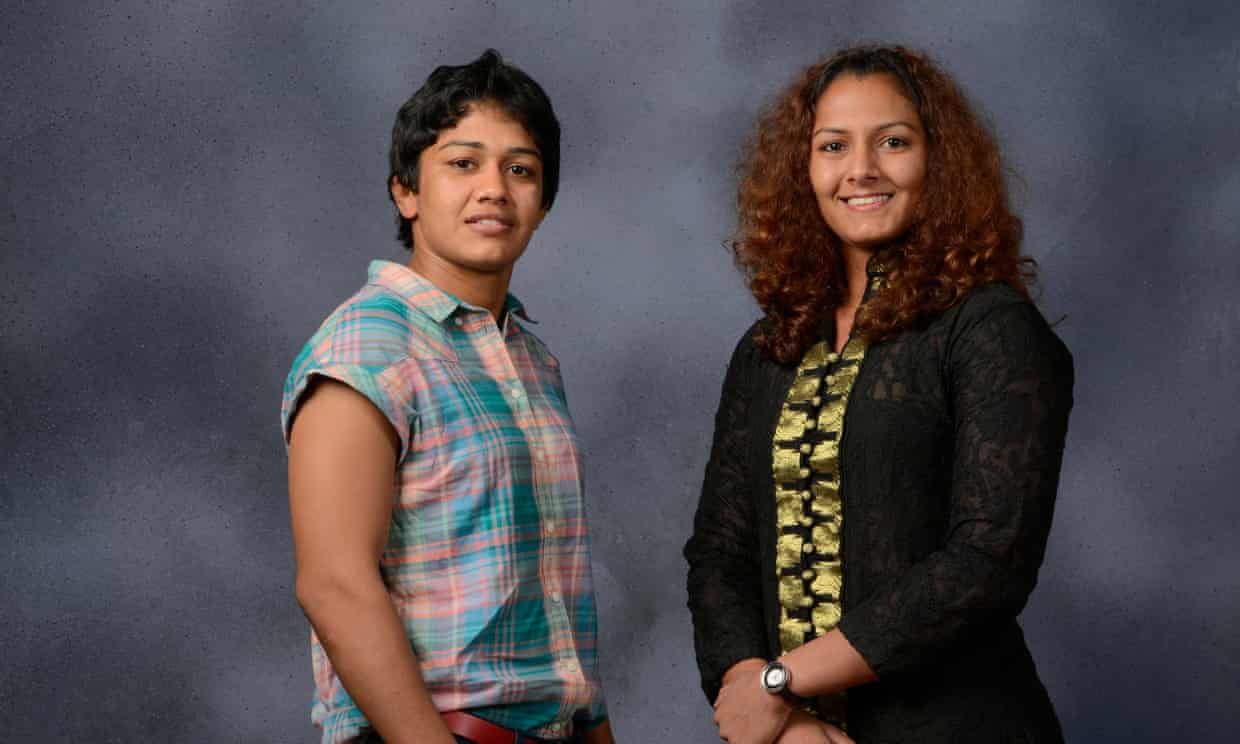 Babita’s estimated net worth is around $2 million. She owns many properties and cars like Toyota Fortuner, Range Rover, and Maruti Suzuki Swift.

Babita is working extremely hard to fulfil her lifelong dream of bringing home the Olympic medal for India. Time and again she has told the media that all she can see right now is the Olympic gold medal. With the 2020 Tokyo Olympics fast approaching, we can’t wait to see Babita scripting history.

Another side of Babita Kumari Phogat! Always seen in a pixie haircut and shorts or track pants, it was a pleasant surprise to see her in traditional Indian wear. As always, Babita is rocking this look as well!

Nothing can beat the our traditional saree. It’s a pleasure to transform my look wearing this traditional Banarasi saree with a twist by #abhisheksharma @AbhiyogiSharma
I love the vibrant colours the richness of the textile. @madeinindia #ilovemyindia pic.twitter.com/ZVBtDa7cHI

Babita is all set to fulfil the dreams of her parents. Their support and faith are what drives her and her sisters to work extra hard.

Mamta Thatte
A passionate foodie, a versatile writer, and now a sports enthusiast, Mamta is always open to exploring new avenues. She has a vast experience in Web Content Writing, Editing, and Social Media Management. A self-confessed coffee and dark chocolate addict, she believes in following her heart and giving her 100% into everything she does.
Previous articleIndia vs Australia Test Series 2018: ICC rates Perth Pitch Average for Test Cricket
Next articleMeet Maharashtra Kesari Abhijeet Katke – Keeping Pune’s Wrestling Tradition Alive

After Suspension – Three out of Four Phogat Sisters Allowed for...