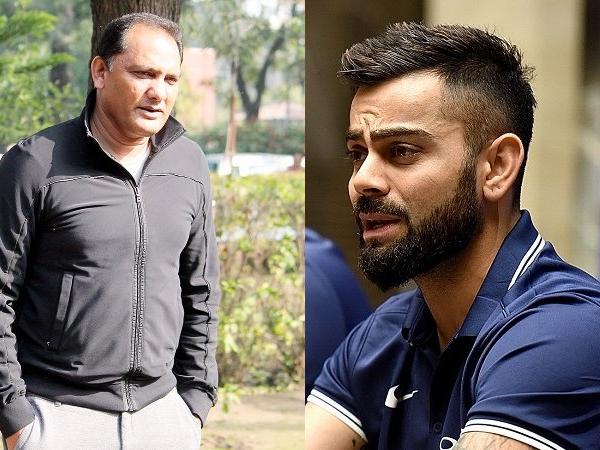 A few days ago, Indian bowler, Umesh Yadav clearly mentioned that he was not happy with the “SG” ball that has been in use across the country and for Ranji trophy tournaments. Umesh, however, is in great form and had an amazing 10 wickets haul under his wickets tally.

Umesh was not the only one though, Kuldeep Yadav who took 6 wickets in the first test at Rajkot, also came out criticizing about the ball which is been used not less than 25 years now in India.

On top of all, India’s skipper Virat Kohli and bowler Ravichandran Ashwin also didn’t hold back and denounced the whole ball issue. They want the authorities to introduce the Dukes ball which is manufactured in England.

Azharuddin, however, denounced the whole bringing the Dukes ball to the country condition. He said that the SG ball has helped the Indian team in home ground matches.

“I remember the years – since 1984-85 – when the Dukes balls were used and how the seam used to go rough. It was clear that in Indian conditions they wouldn’t work. It was in 1993 when the SG was first introduced and India went on to dominate all cricket they played at home. Look at the overall country-wise average of bowlers bowling with different balls in different conditions. That will give you the answer. So, what’s the fuss about?” Azhar said in an interview with TOI

SG (Sanspareils Greenlands) is a Cricket equipment manufacturer and its balls are in use since 1993 in India. Azharuddin was the captain of the Indian Cricket Team during that time and has praised how the SG ball helped Indian cricketers in test cricket.

Azharuddin was very vocal about the whole situation. He said that he doesn’t believe in the concept of “global uniformity” for cricket balls.

If we see the stats since the SG balls were introduced in the test series, India had to face defeat only 3 times at home.

Amrita pandey
Amrita is a content writer/editor and social media manager at KreedOn. Amrita looks after the content creation and marketing of the website. Her love for sports made her join this organization where her intention is to help every athlete get the recognition they deserve through her profession. Amrita started writing when only sketching cartoons at the back of her notebook seemed a little too vague for a school pass out.
Previous articleSuraj Panwar Wins India’s 8th Silver at 2018 Youth Olympics
Next articleSunil Chhetri Goals | Net Worth | Family | Achievements