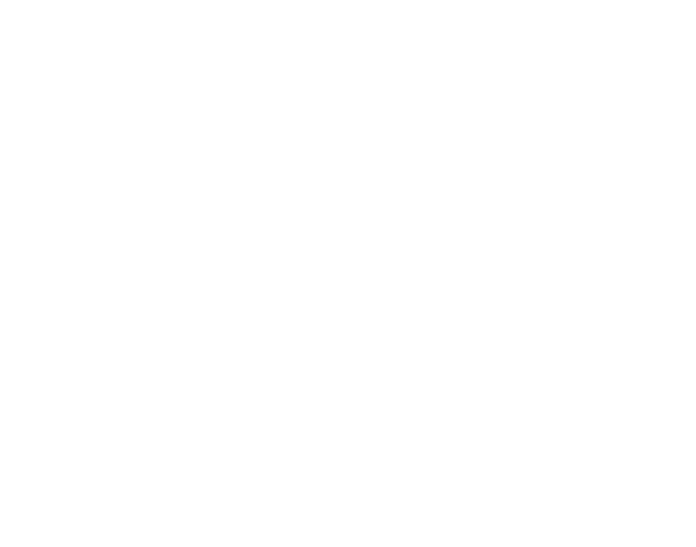 Here’s all you need to know about ATK FC…

The city of Kolkata has been home to one of the Asia’s most fierce rivalry between Mohun Bagan A.C. and East Bengal F.C. The 1997 Federation Cup semi-final between these two teams created a space for itself in the history books. The fixture saw a record attendance of 1,31,000 in the Salt Lake stadium, Kolkata.

When Lionel Messi, the Argentinian great visited the city of Kolkata in the August of 2011, over 2000 football frenzy fans gathered at Netaji Subhas Chandra Bose International airport to just have a glimpse of the legend. One peculiar fan, Shiv Shankar Patra, painted his house in white and blue colours sowing his love for Messi and Argentina.

To Kolkata, football is not just a sport, it’s religion. Today, we are here to discuss the journey of a special team that represents the city of Kolkata in the Indian Super League, ATK.

ATK, previously known as Atletico de Kolkata, was established as the first team in the Indian Super League upon its advent. To be precise, the team took birth on the 7th of May, 2014. The team is owned by Kolkata Games and Sports Pvt. Ltd. Which comprises of Sourav Ganguly (former Indian cricket team captain) alongside with businessmen Sanjeev Goenka, Harshvardhan Neotia and Utsav Parekh.

The Spanish football team of Atletico Madrid also happened to be the co-owner of the team for the first three seasons, which explains the then name Atletico de Kolkata. Goenka bought the shares of Atletico Madrid which culminated the Spanish club’s partnership with the team, and the team was rechristened as ATK in the July of 2017.

The logo features a hybrid of the Bengal tiger and the Phoenix. While the former is the pride of West Bengal, the latter represents perpetuity, owing to the history of football in Kolkata. 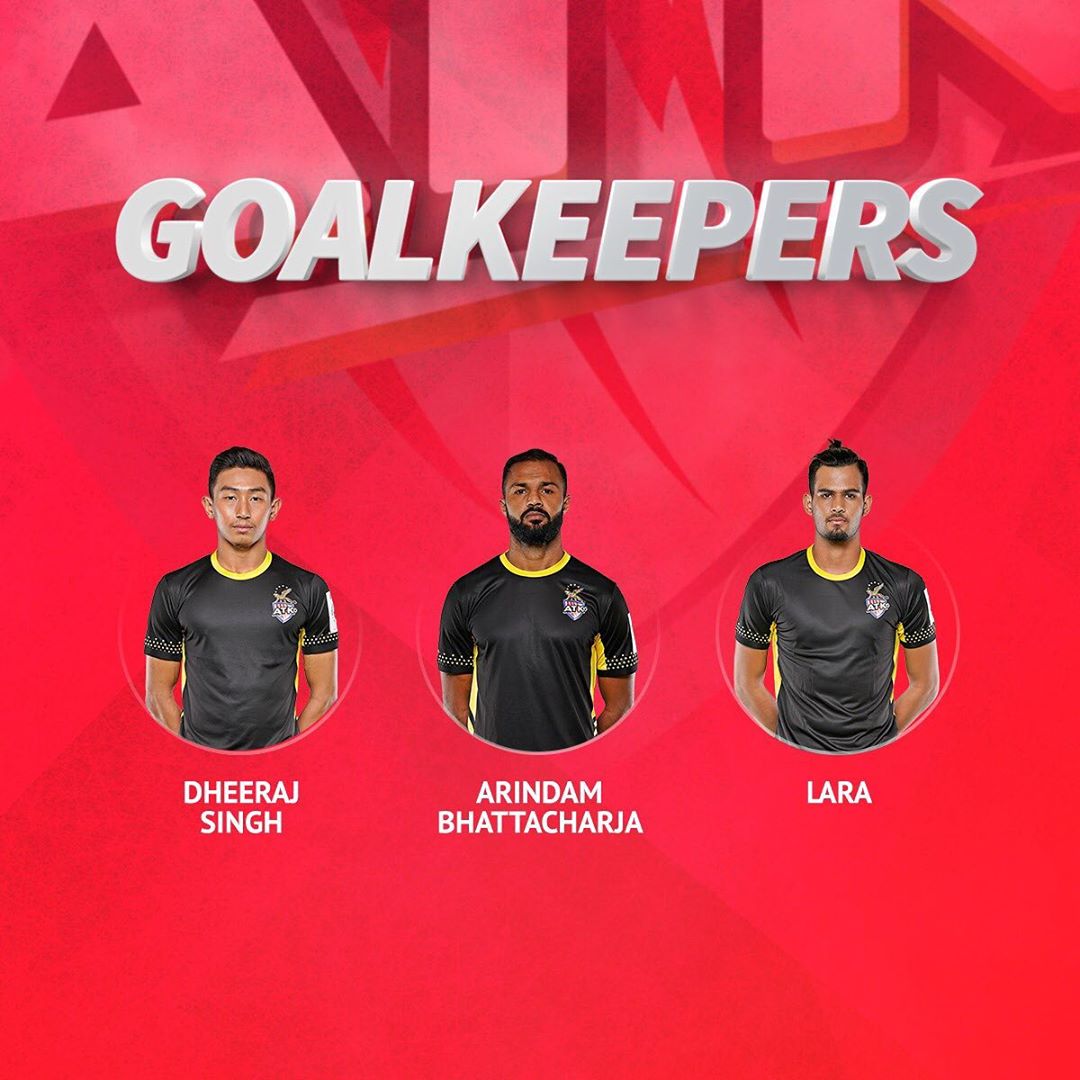 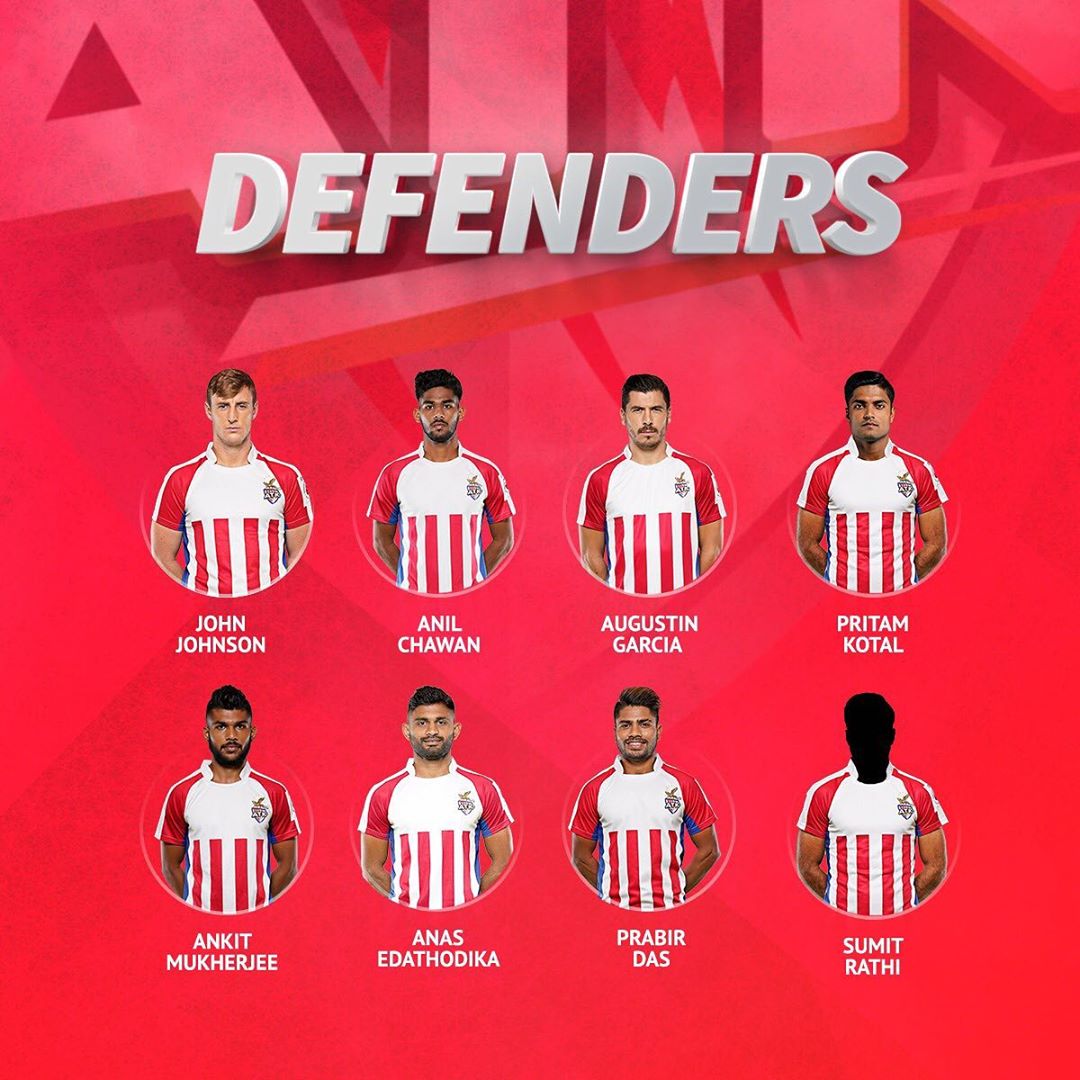 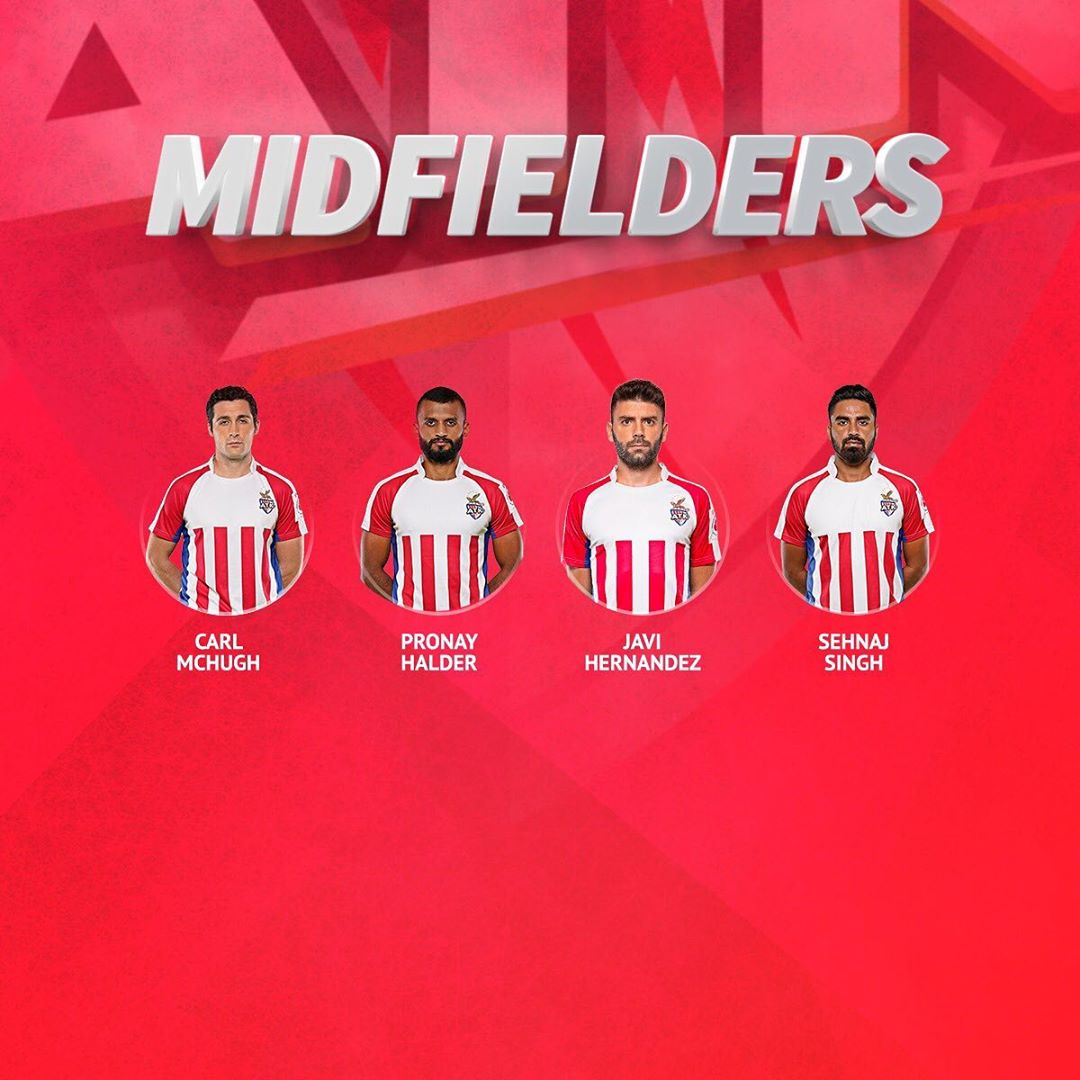 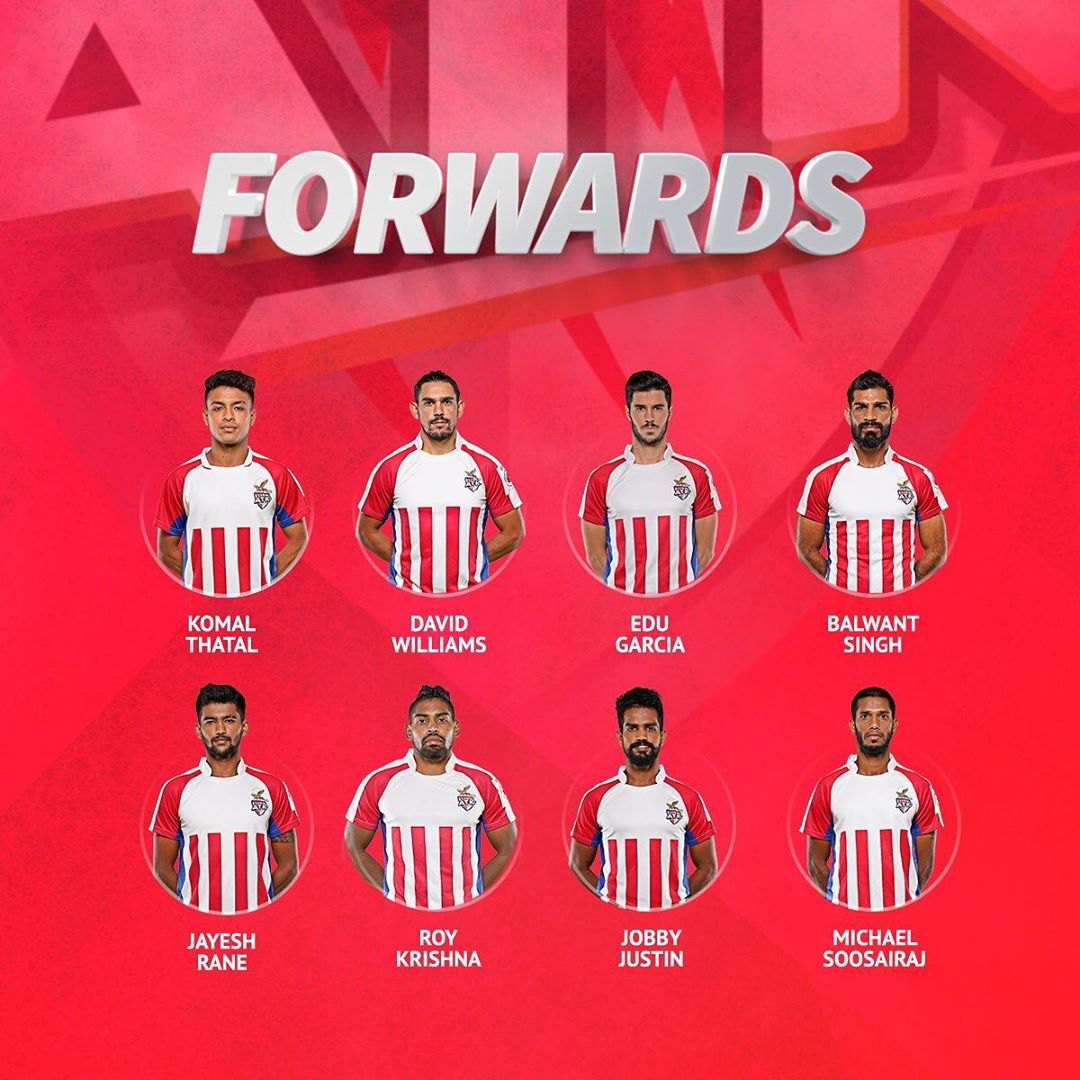 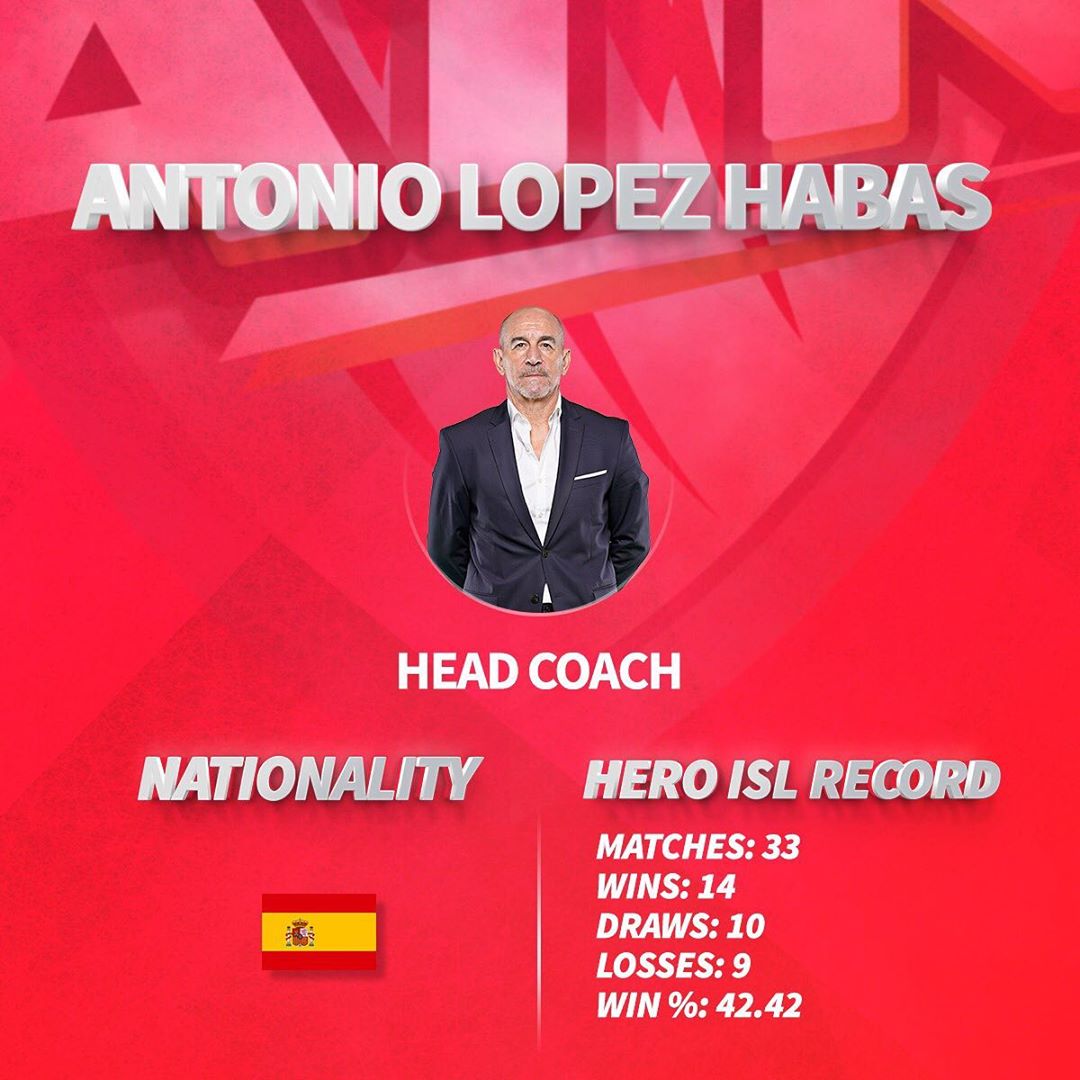 The team plays its home matches at Vivekananda Yuba Bharati Krirangan Stadium, popularly known as Salt Lake Stadium. The stadium has a capacity of 1,20,000.

Journey though the seasons

Former Real Madrid midfielder Borja Fernandez was the club’s first signing. Antonio Habas, a Spanish footballer and a former Atletico Madrid player, was roped in as the head coach of the team. Luis Garcia, a former Spanish footballer and UEFA Champions League winner was the first marquee player of the side as well as the first marquee player of the league. Cavin Lobo was the first Indian signing of the club.

The team began its campaign scoring a 3-0 victory over Mumbai City FC. The team maintained a decent performance throughout the tournament ending up third in points table which helped them qualify for the final four.

In semi-finals, the team drubbed FC Goa 4-2 on penalties after both the games ended up goalless.

In the final held at D.Y Patil stadium, Mumbai ATK met Kerala Blasters FC. The matched turned out to be a thriller. The goal drought was ended in the penultimate minute of the match by ATK’s Mohammed Rafique.

ATK were crowned as the champions of season 1.

The team bought in Hélder Postiga as the new marquee player for the team as Garcia was released due to his injury record. The team also bought in Iain Hume, a Canadian footballer, who played a crucial role in Kerala Blasters FC’s journey to the finals in season 1. Borja was appointed as the captain with the exit of Garcia.

The season resulted in some beautiful memories for the club as Pele, the all-time football great, was witness to the team’s match against Kerala Blasters FC at Salt Lake stadium.

Iain Hume scored two hat tricks in the season, one each against Mumbai City FC and FC Pune City.

The team managed to qualify for the semi-finals but lost to Chennaiyin FC on a 2-4 aggregate. Thus, the defending champions failed to retain the title. The team stood second in the points table.

The team put on a decent performance throughout the league stage matches. The team qualified for the semi-finals for the third straight time.

In the semi-final, the team beat Mumbai City FC on a 3-2 aggregate score and qualified for the finals for the second time in three seasons.

History repeated itself as the final saw ATK beat Kerala Blasters FC 4-3 on penalties after a 1-1 score at full time. The season1 finals were relieved again in season 3.

ATK became the first team in ISL to win ISL title more than one time.

If the team thought of dominating the tournament as in previous seasons, well, it went completely opposite.

There was a complete turnover in the squad post Atletico Madrid’s exit as co-owner. Most of the players weren’t retained. Teddy Sheringham, a former player who played for EPL giants like Manchester United and Tottenham Hotspur, was appointed as the head coach. Robbie Keane, a former Irish football player, was signed as the new marquee player.

At the end of 10 games, the team suffered four losses and drew three games. Due to consistently poor performance, Sheringham was sacked, and Ashley Westwood was appointed as the interim coach for the rest of the season.

The team won only 4 games and lost 10 games in 18 fixtures and ended up at the ninth position in the table only above NorthEast United FC.

The team managed to improve their performance when compared to their disastrous previous season but failed to qualify for the final four.

The team stood sixth in the points table with 6 wins, and 6 draws in 18 games.

This is the club’s sixth season at the Hero Indian Super League. Antonio Habas has once again been united with ATK FC as the head coach. ATK FC is set to start its campaign against Kerala Blasters FC on 20 October 2019.

Here's what our Gaffer has on his mind as he leads #ATK into the Indian Super League for the third time.#AamarBukeyATK#BanglaBrigade pic.twitter.com/INe4dsdkCQ

Antonio Habas, under whom the team won the inaugural ISL season and made it to the semi-finals of season 2, has been roped in as the head coach once again. Habas has been entrusted the responsibility of the team’s dismal performance in the past three seasons.

Final result: 9th position in the table (only above NorthEast United FC)

Kartik Gai
A cricket enthusiast- is best what describes me! While Dhoni is the monument of interest for me in this sport, it is Harsha Bhogle who inspires me to just write or speak. You can discuss with me about PUBG as well!
Previous articlePara-Badminton athletes make India proud in Thailand
Next articleNEUFC vs BFC Dream 11 Prediction 2019 | Bengaluru FC vs NorthEast United FC

CFC vs ATK Dream11 Prediction 2020 | Chennaiyin vs ATK  We are there at the end! After 94 gruelling matches and 147 days of intense...
Read more
ATK

ATK vs BFC Dream11 Prediction 2020 | ATK vs Bengaluru FC The Semi-final leg 2 of the Indian Super League features ATK who will be...
Read more
ATK