The 2018 Commonwealth Games has been extremely successful for the Indian contingent. Team India finished third in the medals tally with 66 medals- 26 golds, 20 silvers and 20 bronzes. But will this performance translate in to Asian Games success? Let’s find out.

Asian Games – Are we up to the mark for mini Olympics?

The most notable one of those has been table tennis where India have won 8 medals- 3 gold’s, 2 silvers and 3 bronzes. Both the Men’s Team and Women’s Team won the gold in team events while Manika Batra won the gold medal in the Women’s Singles events.

Asian Games – Can we conquer the Chinese in Badminton? 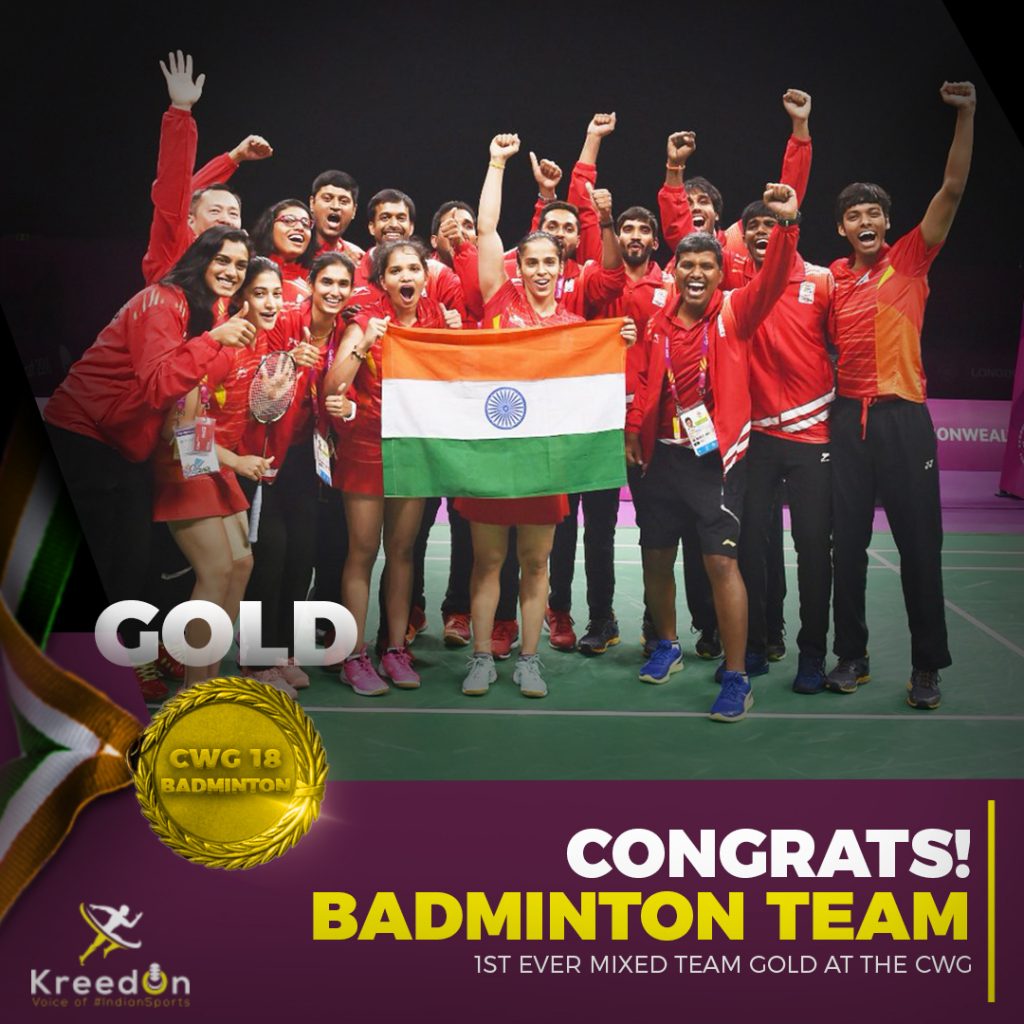 Badminton was another sport where India fared really well with India’s mixed team clinching the gold while Saina Nehwal won the gold medal in the Women’s Singles event by beating compatriot PV Sindhu in the final. After a fine showing at the Commonwealth Games, India will now be expecting to produce another brilliant showing at the Asian Games in Indonesia which is a little less than four months from now. The sport will have some world-class contestants in Wang Yihan, Lee Chong Wei, Nozomi Okuhara, just to name a few.

The Asian Games might not be an intercontinental tournament like the Commonwealth Games which is a boon for India in some sports. However, as far as other sports are concerned, the going might get tough for India as the likes of China, Japan and Korea will be participating.

India’s table tennis team performed superbly well in the Commonwealth Games. Having gained a lot of morale from that performance, there’s no denying that the team will give their best in Indonesia. However, there is no telling that the outcome will be similar to that of the Asian Games as players from China, Japan, Korea, Singapore, Chinese Taipei and Hong Kong will be participating.

In the Men’s rankings, 7 out of the top 10 players are from China (4), Japan, Hong Kong and Korea (1 each). The Women’s contingent will have it even more difficult as all the Top 10 players are from China, Japan, Chinese Taipei and Singapore. Manika Batra defeated two Singaporean players in the semi-final and final of the Commonwealth Games, one of whom is the World No.4 right now. So, we can expect a few upsets.

Asian Games – Will the Boxers and Track & Field athletes deliver?

Athletics will obviously be a very difficult department for India to bag a medal as there are so many countries who are renowned for their performances in athletics like China, Qatar, Saudi Arabia, Iran, Japan, Bahrain, Kazakhstan and Tajikistan, most of whom bagged gold medals at the Rio Olympics. All of these aforementioned nations were sensational during the previous Asian Games.

Shooting was the sport where India won the most number of gold medals, winning 7. Can they win an equal number of medals at the Asian Games? Maybe! Will it be easy? Certainly not! India will have to get past China and South Korea for that. China won 27 of the 44 gold medals at last year’s Asian Games while South Korea bagged 8.

Weightlifting was also a very successful sport for India at the Commonwealth Games as they won 5 gold medals. However, at the Asian Games, India will have stiff competition in China and North Korea who took 11 of the 15 gold medals at the previous Asian Games. Wrestling will be another tough sport for India to get medals in as there is Iran, Japan, South Korea and Uzbekistan.

Hence, it is fair to say that India will have a tougher task to bag medals at the Asian Games compared to the Commonwealth Games. While a few sports like hockey will see India bagging the gold, the same cannot be said for boxing, wrestling, table tennis, badminton and shooting.

However, India have some brilliant sportspeople who have been resilient and have pulled upsets in the recent past like Manika Batra, PV Sindhu, Srikanth Kidambi, Saina Nehwal and Jitu Rai, just to name a few. All of the Commonwealth Games performers will be full of confidence when they enter the Asian games and many of them have won laurels for the country at the Asian Games. So, one thing is sure that the road for India won’t be easy against the likes of China, Japan, South Korea and Kazakhstan. But, the converse of this is true too.

Neelabhra roy
Reading, Writing and indulging in sports activities have been Neel's passion since he was a child. He grew up playing various sports and knew that it was something he wanted to stay in touch with. After completing his graduation, he narrowed his focus on writing. In his leisure time, he likes to read books and chill with his dog.
Previous article
This is the beginning of good times for women’s cricket – Mithali Raj
Next article
After CWG glory Satwik-Chirag all pumped up for Thomas Cup

We are leaving no stone unturned for 2020 Olympics – Rajyavardhan...