Forty-five countries have geared up for the spectacular sporting extravaganza in the packed Asian Games 2018 schedule.  Around 10,000 athletes are all set to make a mark and 462 medals are up for grabs across 47 sports. The grandest Asian celebration of sports is here! There is a celebratory mood in the air and the mascots are spreading cheer!

Asian Games is a multi-sport event held every four years for athletes all over Asia. It is the second most prestigious sporting event in the world, after the Olympics. Olympic Council of Asia has been organizing the games since 1982. India hosted the first ever Asiad in the year 1951 at New Delhi.

Wondering where to watch the games or what is the schedule. Fret not! We have everything covered for you. Dive in to know everything about the Asian Games 2018.

The Asian Games 2018 are scheduled from 18 August to 2 September 2018. The opening ceremony will take place at the Gelora Bung Karno Stadium in Jakarta. The preliminary rounds of water polo, basketball, football, and handball have already started from the 8th of August. Indian track and field athlete, Neeraj Chopra, will be the flag bearer for India at the opening ceremony.

You can catch the games live on Sony Ten network. SonyLiv website and app will also live stream all the events. 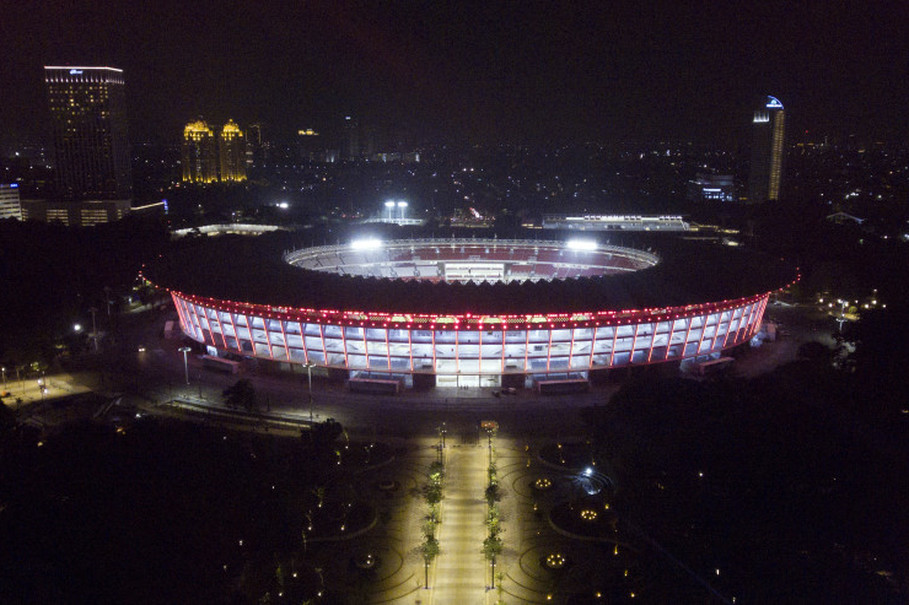 The battleground is all set. There is festive fervour in the air. Earlier, Hanoi had won the bid to host the games in 2012. However, they decided to withdraw due to financial constraints.

Indonesia was officially declared as the host country during the closing of 2014 Incheon Games. Factors like good sports facilities, transportation network, hotels, and lodging facilities helped Indonesia seal the deal.

Two cities are hosting the games for the first time. Jakarta had earlier hosted them in 1962. All the events will be held in and around Jakarta and Palembang.  The opening and closing ceremony will take place in Gelora Bung Karno Main Stadium in Jakarta.

Initially, a mascot named Derawan was chosen as the mascot. However, the Indonesian government received a lot of flak for this decision. Most citizens felt that he looked more like a chicken, not the exotic bird it was supposed to be. Also, there was no historical connection to the symbol.

The new logo and mascots of the Asian Games were selected after a competition by Indonesia’s Creative Economy Board. Joko Widodo, the president of Indonesia, chose the winner from over 60 participants. The three mascots symbolize the diversity of the country. 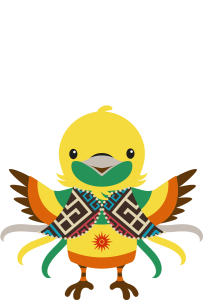 Bhin bhin or the bird of paradise reflects Eastern Indonesia. It is a Cendrawasih bird, wearing a vest with Asmat pattern from Papua. Bhin bhin stands for strategy. 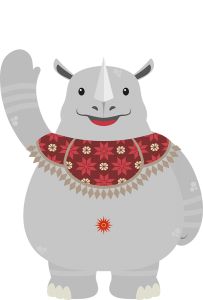 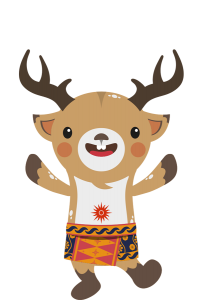 Atung, the Bawean deer, reflects the central part of the country and stands for speed. He is wearing a sarong with Jakarta’s Tumpal batik pattern.

Twitter has launched three new emojis to celebrate the spirit of Asian Games. The official Asian Games logo, a torch representing the energy of Asia, and three mascots are available as emoticons until October on Twitter.

The logo symbolizes the energy of Asia and the unity of the countries. It has an aerial view of the Gelora Bung Karno stadium. The eight gates of the stadium have been shown along with the Asian Games sun in the middle. The stadium was first built for 1962 games that Jakarta hosted.

The logo concentrates on three factors – Asia, Indonesia, and sports. The multiple colors celebrate the diversity of the Asian countries. 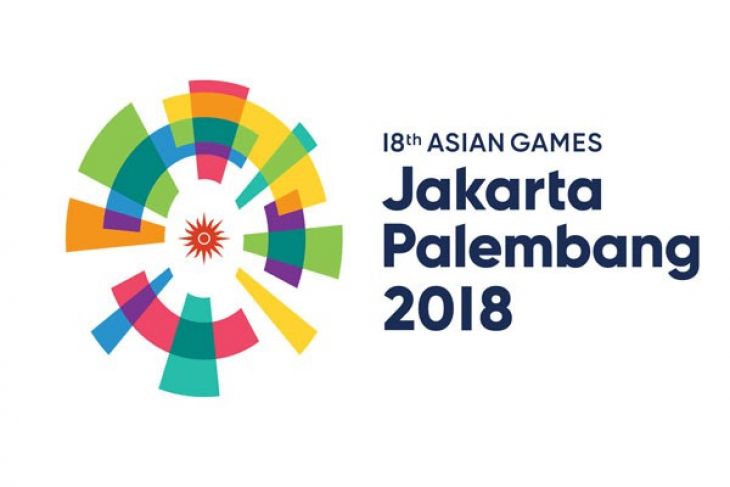 “Bright as the Sun”

Open your eyes, strengthen your heart
Energize in your spirit
Stand firm, fly you high
This is the time your name resonates

Show the world ..
You are as Bright as The Sun
We Deserve to be the one
Invite your fearst come on, don’t waste your time
Raise the energy you shine
and give your best let God to the rest

Show the world ..
You are as Bright As The Sun
We Deserve to be the one
Invite your fearst come on, do not waste your time
Race the energy you shame
And give you best look at to the race

All Asian countries are set to be the one! There is so much excitement and positivity in the air.

Indian Squad at the Asiads 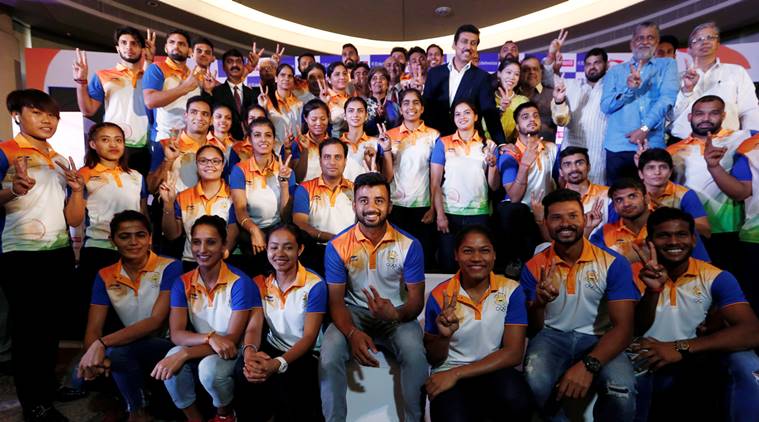 The final strength of the Indian contingent at the Asiads is 572. The team includes 312 men and 260 women. Around 232 officials are accompanying the squad. These include managers, coaches, physios, and other support staff.

The next couple of weeks are going to very exciting for all Asian countries. As proud Indians, we can support our athletes by diligently watching the games and cheering them on.

Below are the events with dates.

Mamta Thatte
A passionate foodie, a versatile writer, and now a sports enthusiast, Mamta is always open to exploring new avenues. She has a vast experience in Web Content Writing, Editing, and Social Media Management. A self-confessed coffee and dark chocolate addict, she believes in following her heart and giving her 100% into everything she does.
Previous article
The Rise and Mighty Fall of Indian Football – Asian Games Decision
Next article
The real story of India’s 1948 Olympic Gold | KreedOn