Doubles Badminton legend Ashwini Ponnappa, had played a crucial role in the India winning its first ever gold medal in a team event at the Gold Coast Commonwealth Games early this year.

Ashwini Ponnappa is eyeing a podium finish at the upcoming Asian Games. However, the ace shuttler conceded that the Continental games are more competitive than the Commonwealth Games with some top badminton nations in the fray.

“At the international level there are no easy games as every team has quality players but yes Asian Games are more competitive than the Commonwealth games as the top-badminton nations like China, Japan, Korea, Indonesia and Thailand are a part of it,” the 28-year-old shuttler, who plays doubles, told PTI.

“It would be a great challenge to compete against these teams as it would test our skills, speed and endurance. We aim to put our best foot forward and look for a podium finish in the Asian Games,” Ponnappa said.

Ashwini Ponnappa on the 2014 Asian Games

Recalling that women’s team had a podium finish in the 2014 Asian Games, Ashwini Ponnappa said the team would be looking to achieve a similar feat in this year.

“We finished on the podium in the last Asian Games in the women’s team event. The ultimate goal is to get gold for the nation, so most definitely yes the team is looking for a podium finish at the Asian Games.”

“It would not be easy but we have to train hard and give our 100 per cent on the court if we are to win a medal. It is important to keep the focus intact and not crumble under pressure,” the Olympian added. 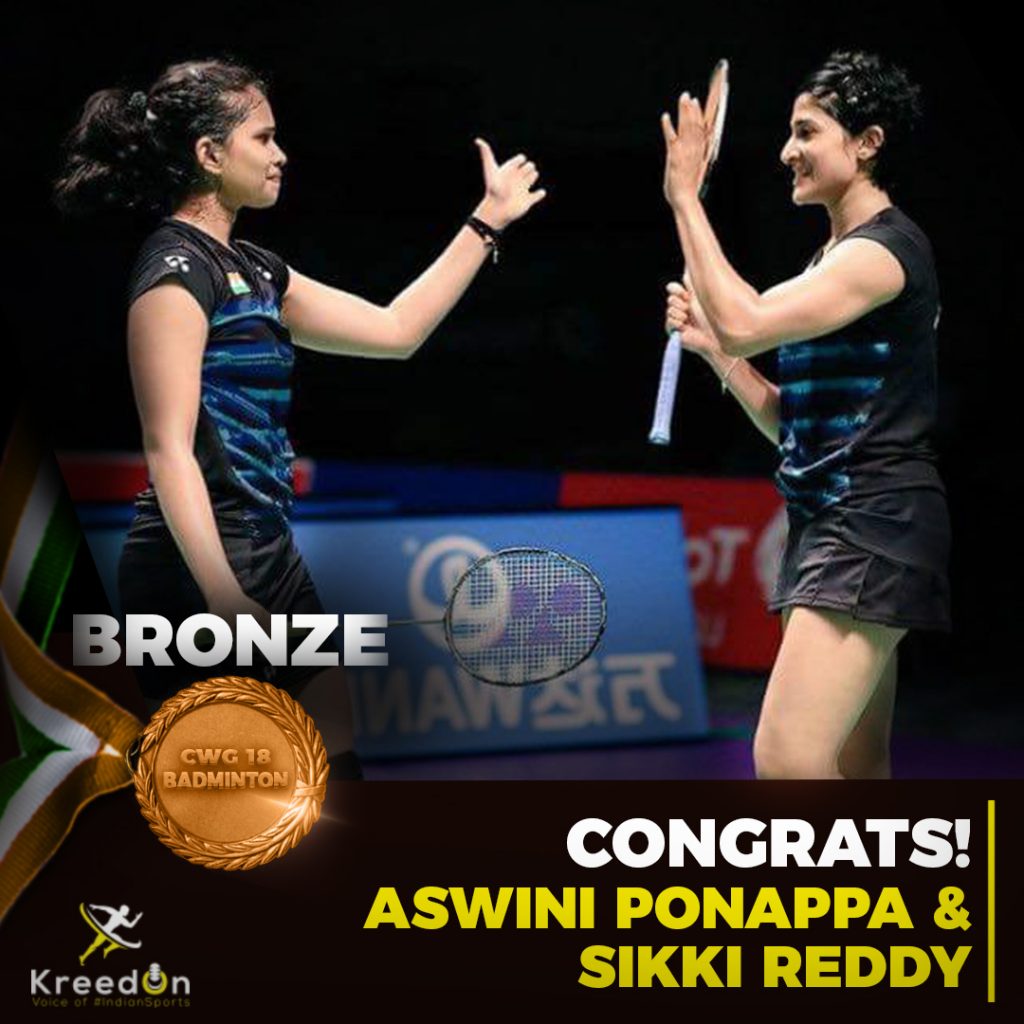 Ashwini Ponnappa also informed that she would be taking part in the World Championships.

“The next big tournament would be the world championships. It is going to be a busy schedule but my preparations have been going on and things have worked out well. I had a good training block after the Commonwealth Games before taking a tiny break and have some much needed time off before these major events to get back fresh and continue training,” she signed off.

Asian Games are scheduled to be held in Indonesia from August 18 to September 2 in Jakarta and Palembang.

For more updates on Indian badminton players do visit www.kreedon.com.

Vardan Pandhare
Vardhan is an author who loves creativity. He enjoys experimenting in various fields. After completing his graduation, he was sure about one thing! His love for sports. He is now living his dream of being creative with words in the field of sports. He has since then always brought the latest news and updates for all the sports fans.
Previous article
Defender Birendra Lakra Optimistic of India’s chances at the Hockey Champions Trophy
Next article
Dominant Women’s Hockey Team end Spain Tour on a High