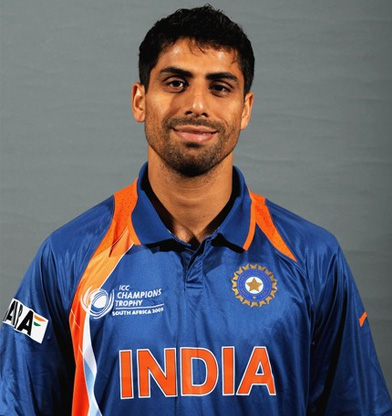 Ashish Nehra, or Nehraji as he is popularly known, is a former Indian fast bowler. He is known for his bowling in limited overs, especially in T20. Nehra has always suffered injuries and fitness issues. He once revealed that he had to undergo over 12 surgeries. As a result, he was absent for important international competitions such as World Cup, Asia Cup, and Champions Trophy. However, much of his success came in IPL, where he was particularly known for his death over bowling and mentorship during the same. It was widely believed that of Nehra’s era, but he burst onto the scene after picking up 22 wickets for Chennai Super Kings in 2015 – the most by an Indian fast bowler. That and his ability to swing the ball in both the ways were cited as the reasons for him to be the future coach for the Indian cricket team by MS Dhoni.

Nehra was born on 29 April 1979 to Diwan Singh Nehra and his wife Sumitra Nehra. He has a brother named Bhanu Nehra. He is a restaurateur.

Ashish Nehra is married to Rushma Nehra. She is a socially active personality, with more than 37.7 K followers on Instagram. Here is a story of their interesting tale of how their marriage came about.

Man of the Match Awards

Mamta Thatte
A passionate foodie, a versatile writer, and now a sports enthusiast, Mamta is always open to exploring new avenues. She has a vast experience in Web Content Writing, Editing, and Social Media Management. A self-confessed coffee and dark chocolate addict, she believes in following her heart and giving her 100% into everything she does.
Previous articleSunil Chhetri Goals | Net Worth | Family | Achievements
Next articleBhaichung Bhutia: Bio, Net Worth, Achievements, Information