“Only those who handle the pressure well and can command their minds will make their talent count.”

This quote by Indian shooter, Anjali Bhagwat, perfectly sums up her career. An exceptionally talented and disciplined sportswoman, Anjali truly made her talent count. She became popular as the only Indian woman to bring home the World Cup.

The only Indian shooter to win the Champion of Champion awards, Anjali has numerous great records on her name. The talented youngster who turned into a focused athlete has captured the imagination of the entire nation.

She has inspired young girls to chase their dreams and pursue a career in sports. What makes Anjali’s life story so interesting? Let us find out!

Calm, composed, and cheerful, that is exactly how most people will describe Anjali. There has always been a different kind of sparkle in her eyes. She eased into the world of shooting, just like a fish takes to water. Her inborn talent, coupled with immense hard work and focus, enabled her to reach the pinnacle of success. 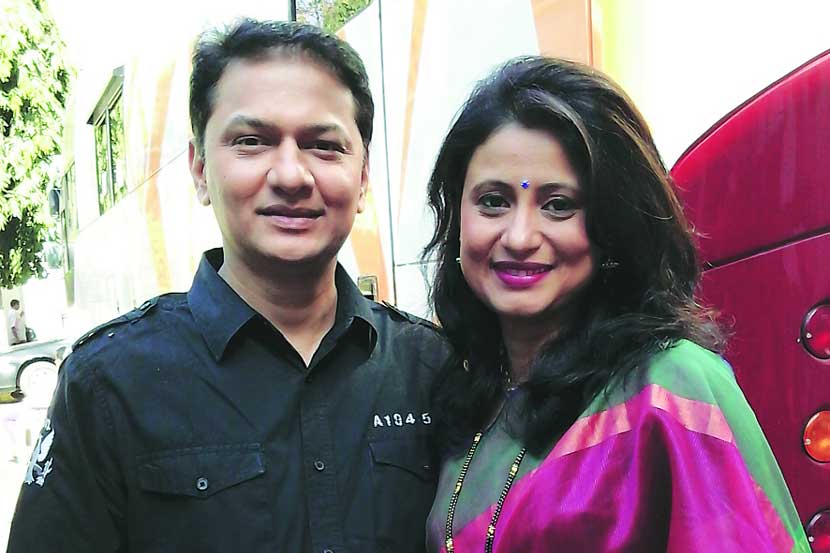 Born and brought up in Mumbai, Maharashtra, as a, Anjali comes from a simple Marathi family. Her mother worked for All India Radio. Anjali has an elder sister and a younger brother. Her sister is also a sports enthusiast.

Anjali married Mandar Bhagwat in December 2000. It was an arranged marriage and the couple was blessed with a son in 2010. Anjali’s husband and in-laws have always supported her career choices. They never expected her to fulfil any orthodox role as a daughter-in-law.

Mandar told the Times of India, “She doesn’t have the time to check her mail, so I do it for her. Her career as a shooter started taking off just before our marriage, so I expected this. And I certainly don’t mind setting up stuff for my wife. You can call me her manager. Thankfully, I am a businessman. It would have been tougher if I had a 9-to-5 job.”

As soon as they got married, Mandar set a small shooting range on their terrace for Anjali. When Anjali decided to shift base to Pune due to better sports facilities, Mandar fully supported the decision.

In an interview with The Sportstar, she appreciated the support of her family and other families who support sportswomen.

Once in an interview, Anjali had said, “Women shooters are winning more medals for India internationally, many of them married with children. Suma Sirur and Deepali Deshpande (both included in Asian Games squad) took their children along when taking part in the Nationals, the little ones looked after by respective mothers-in-law while the mothers were competing. I am married, getting so much support from husband (Mandar Bhagwat) and in-laws in continuing my shooting career that I sometimes feel bad not being around to help them more now.”

Anjali was always inclined towards sports. She was inspired by the legendary athlete Carl Lewis. She joined the National Cadet Corps (NCC) when she was in school. She was exposed to various sports through their activities. She started playing judo karate and tried her hand at mountaineering as well.

She first started shooting when she was 21. She got into Maharashtra Rifle Association and within just seven days won her first medal! It was a silver medal that she got in the 1988 National Championships.

With a stellar start to her career, Anjali found the right guidance through her coach Sanjay Chakravarthy. Through intensive training and dedicated practice, Anjali developed her technique and strengthened her basics. From thereon, she was absolutely unbeatable. In fact, her domestic medal record of 55 gold, 35 silver, and 16 bronze medals is still intact. Also, she won 31 gold, 23 silver, and 7 bronze medals in international competitions, and set 13 new records!

Anjali became only the second Indian woman to reach the Olympics finals in 2000. She has represented the country at three Olympic Games. In 2002, she became the champion of the champions and world number one shooter in the 10m air rifle event. Anjali is the sole Indian to win the ISSF Champion of Champions award.

She also won a silver medal at the Munich World Cup 2002 and gold at the Milan World Cup in 2003. Her stellar performances at the Commonwealth Games need no introduction! She has a whopping collection of 12 gold and 4 silver medals.

In 2003, she became the first Indian shooter to win a gold and a silver medal in the Sports 3P and Air Rifle events respectively. She achieved this historic feat at the Afro-Asian Games.

When Anjali first started playing, the opportunities were fewer. Without proper policies and facilities, most athletes couldn’t rise up to their full potential. Today, Anjali is doing her bit by being an active member of various sports organisations. In an interview with the Hindu, she appreciated the changing sports scenario in India.

“Everything changed after Rio. The selection policies were put on the NRAI website prior to the National Games. The juniors programme had started two years before and Indians were put in charge. Shooters were sent for junior competition, be it the World juniors or Asian Juniors. We are now tasting the fruits of those decisions. At one time, we used to just dream of getting an Olympic quota. Now we are sure about gaining quotas, so performing well at the Olympics is what drives us.” 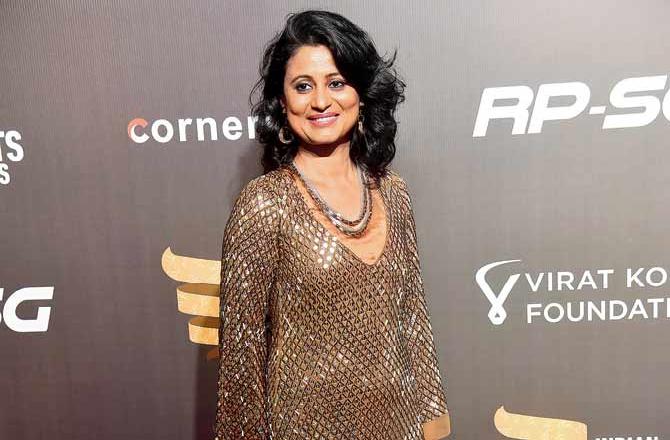 The glamorous side of Anjali Bhagwat (Source: Mid-day)

Anjali has explored multiple facets of her personality through various activities. She has always been vocal about issues plaguing sports. Today, she is training six shooters in Pune at her own shooting range. It is extremely heartening to see champions building out the future champions of our country!

Anjali has been a pioneer in the field of shooting. She has inspired an entire generation of women to take up shooting.

"Because of @AnjaliOlympian, Maharashtrian women starting thinking they can do it too. She is a pioneer." — @SarnobatRahihttps://t.co/kON1wmLlcI

It is important to remember our teachers. Anjali has time and again appreciated her mentors. Sanjay Chakraborty has played a crucial role in shaping her career. Here, she is celebrating his 75th birthday with fellow shooters.

Mamta Thatte
A passionate foodie, a versatile writer, and now a sports enthusiast, Mamta is always open to exploring new avenues. She has a vast experience in Web Content Writing, Editing, and Social Media Management. A self-confessed coffee and dark chocolate addict, she believes in following her heart and giving her 100% into everything she does.
Previous article
Pune Open: Karman Thandi Defeats Ankita Raina Before Teaming up to Win the Doubles Title
Next article
Mithali Raj – Ramesh Power Row: BCCI Invites Women’s Team Coach Applications