Aniket Choudhary : Information, Profile of the rising bowler from Rajasthan

Aniket Choudhary is an Indian cricketer who plays for Rajasthan in domestic cricket. With lots of prospects and fire in the belly. the young lad from Rajasthan is vying for a spot in the Indian National cricket team.

Here are some exciting aspects about the fast bowler Aniket Choudhary.

Aniket Choudhary I knew from School…

You know we always wonder what professional athletes are made of. How do they make the cut to limelight?. Well, having witnessed one such story myself, this description may put a perspective in place.

It was 2004 when a boy from Bikaner joined our school in Jaipur. Aniket Choudhary, he was the tallest guy in 10th grade and in our school and maybe the tallest one in the school history. He was a quick hit and girls used to flock like they have witnessed someone really… Hmmm. Well, that’s just an understatement. His place in the school communities was quite clear because he was like a pot of gold for our PT teachers who were always looking to strengthen the sports teams of our school (DAV, Jaipur). Aniket’s 6.3 feet height was apt to establish himself as a good Volleyball Spiker, a natural basketball player, and a fiery left-arm fast bowler. Most of Aniket’s friends including me belonged to school’s sports circuit too. We had the best school Cricket team in the city, so the competition was tough to get in. You can imagine when bowlers like Rituraj Singh in our school, who later played for the Goa Ranji Team and India A team, had to sit out for quite a few matches. Yet, the new boy booked his opening spell with the team using his bowling exploits and a place in the Volleyball court too. The next two years were the best 2 years of sports in our school. Our cricket team hardly lost anything. During that time, Aniket’s run-up was a few steps, the action was abrupt like most of us and it was purely a shoulder push but the bounce which was enough to dethrone the batsman. I remember people refusing to open innings in a practice match when he was bowling. His pace and bounce were unmatched in the school team.

I remember playing a lot of matches with him side by side, winning and losing. Hardly ever saw the guy tensed or not joking. Taking each other’s case was a common norm in our school and he was one of the masters of this art. We called him “Banna”(Brother in Rajput Community) for his attitude towards life though he did not belong to the race. We shared birthdays, canteen parties, assignments, notes and whatever they do in school. Yeah, including the money we earned through the wins of tennis ball matches.

Patience is the Key for Aniket Choudhary

And the winds of time passed, we all were out of schools looking to find our own races. Some left the sport in search of academic satisfaction while some didn’t find the motivation or strength to continue. But as they say, a person who is resilient, hard worker and willing to follow his dreams while believing in himself hit the highest road. He never left the sport, neither denied the wishes of his family who wanted him to be educated with a good college degree. He started his computer science engineering and continued practising. During college holidays, we met quite a few times and each time I heard him, he was an improved person. His hard work and patience were quite evident in his confident voice. I am sure he went through a lot of emotional disruptions too due to ups & downs of his career but he always shooed the worries away for the person he is. His selection in the Rajasthan Ranji team was quite a news for our “small group” of 15-20 school friends and a topic of many discussions for years to come. This is a part of that group. 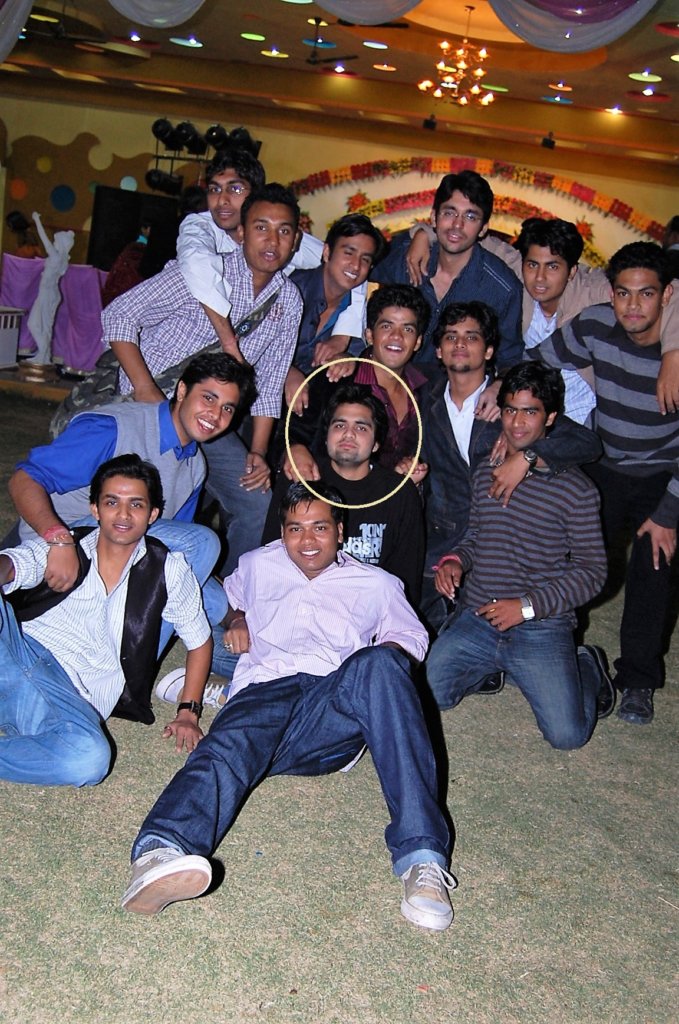 His first-class career depicts the show of classic bowling talent. He claimed 124 wickets in 39 matches with 5 five-wicket hauls and 1 ten-wicket haul. One day when I switched on the TV, it was Rajasthan vs Rest of India, and Aniket was bowling. Perfect rhythmic run-up, smooth action and the release. He took 4 wickets in that match. I was looking at someone who had totally changed everything about his bowling. What would’ve taken him to reach that level? The only answer I heard from him was persistence and hard work.

Right before the New Zealand tour of India, he gets a call to practice with the Indian Test team. He was required to bowl against India’s specialist right-handers for the series since Trent Boult was the challenge to face. And, as the series progressed, Kohli and Co successfully countered Boult match by match. It was a new achievement for a Rajasthan bowler to be a helping hand for the Indian team because Rajasthan is famous for putting players off due to internal politics. Have you heard of any Rajasthan player in the Indian team? Anyone, Yes, First one was Gagan Khoda (2 ODIs), Second Pankaj Singh (2 Test matches) and third is Aniket now.

His efforts reciprocated with his selection in the India A team against Bangladesh. He again took 4 wickets in the match with the key wicket of Tamim Iqbal. His popularity in the cricket circuit of India was growing each day and he was touted as the Mitchell Starc of India. This was made certain when he was called up again to practice with the Indian team ahead of the 4-test series against Australia. “Oye Banna ko RCB ne utha liya 2 crore mein” (RCB roped Aniket at 2 crores). This was the WhatsApp notification of our school chat group which had our mixed reactions. If your friend fails the exam, you feel bad but if he aces the exam, it is your worst collapse especially when the combined salaries of all the chat members since their first job doesn’t match that kind of bidding amount. Jokes apart, but it was the best feeling in the world. It felt like one of us is living the dream we all saw. One of us made it to the ending of what we started in school. Well not yet, but we all want to see him in that blue Indian jersey. And, we believe one day, he definitely will wear that. 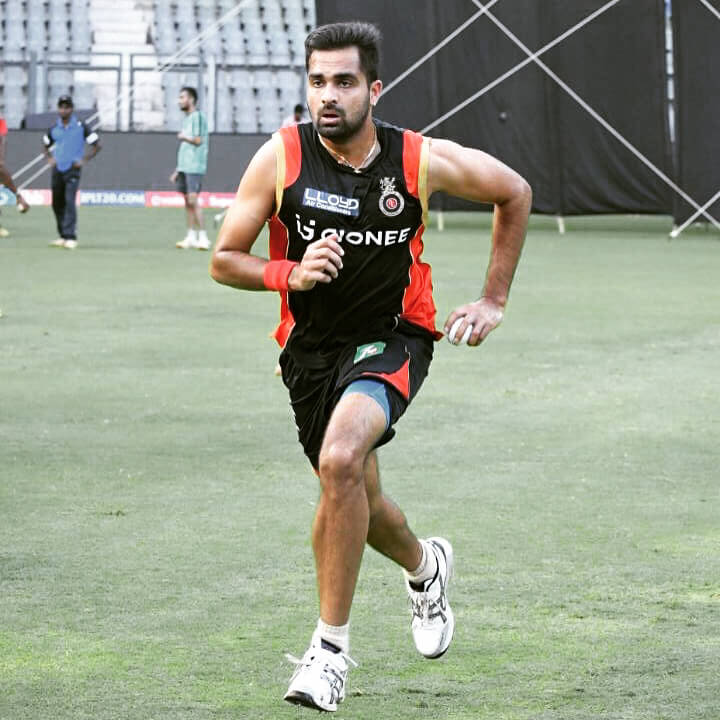 He had his share of learning in this IPL season, having gone for 50+ runs in his debut match and coming back strongly with good economy rate and wickets in later matches. Not many people come back from that kind of pressure. Though it was a bad league this season for RCB, it was a great start for the young man. He has great potential in him and he had been working hard on his fitness lately to build a strong core. I spoke to him regarding his popularity in recent times but he humbly declines that “Abhi Kahan yaar” (Not yet). Recently, he got a call to represent India A in South Africa. He will be playing two 4-day matches there. Hoping for the best performance out of him. 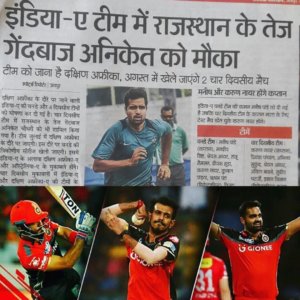 Now you must be wondering who am I writing all this. I am a childhood friend of Aniket and the one who left Jaipur after school to pursue an academic race myself only to realize in the end that “Meri Dulhan toh Sports hai” (My Bride is sports), so I chose to get back in the game to help Indian athletes get their deserving fame and become financially independent. Along with my team, I run this digital sports media and marketing company, KreedOn – Voice of Indian Sports, to serve organizations and athletes in the Indian Sports ecosystem with our services and products. If you are someone seeking help for digital planning or have queries for Aniket, you can reach out to us here contact@kreedon.com

piyush
I love sports, mostly playing than watching. And, I work with a great team of KreedOn who is passionate about crafting the future of Indian professional athletes. That's pretty much it.
Previous articleRohan Bopanna – Acing the World of Doubles Tennis
Next articleMeet Meena Raghavan: India’s Oldest Martial Art Kalaripayattu Practitioner

83 Movie: Who is playing who revealed | Reel vs Real