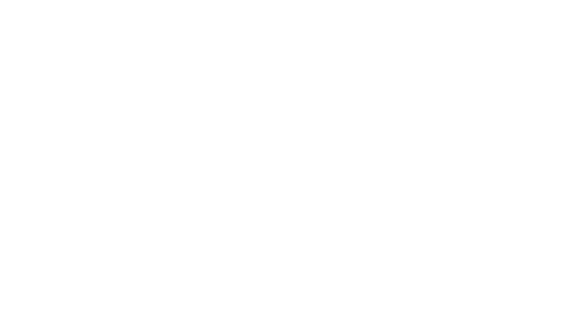 The Asian Games 2018 are just around the corner, and new stars are rising at the horizon. The Boxing Federation of India has announced a ten-member boxing squad. The performance at the Commonwealth Games 2018 played a crucial role in the selection process.

Additionally, the boxing community has always brought laurels to India at numerous championships. Standing proud, among these, is a young 22-year old lad, who has shown talent, maturity, and stealth at a very young age. Amit Panghal, the boxing contender for India at the Asiad 2018 in the light flyweight 49 kg is indeed a star in the making.

After entering the senior boxing circuit in 2016, Amit has shown large caliber and maturity, even in defeat, to come back stronger. This quality makes this young champion stand out from the rest. A very successful 2017 and a grand start with CWG in 2018, he is all set to prove his mettle at the Asian Games.

The entire country has big hopes from this pugilist, who has nerves of steel! Before we go on to discuss his great prospects in the Asian Games, let us take a quick walk through the exciting journey that brought him here.

Born and brought up in Mayna village, of Rohtak district in Haryana, Amit started junior level boxing in 2009. He was still a school student then. His elder brother, Ajay, inspired him to take up boxing. He used to tag along with his elder brother for physical fitness exercises, where his uncle used to train local boxers. After looking at their hard work and passion, he decided to pursue a career in boxing. His father, Vijender Singh, a farmer in Mayna, has been supportive of his career.

Anil Dhankar, a coach who comes from Mayna as well, recognized Amit’s talent. He started training under him in Gurgaon, because of better training and infrastructure facilities. For several years, he underwent training at the Combat Boxing Club in sector 39 in Gurgaon under Dhankar. He later went on to train in Patiala, but still makes it a point to visit his former coach, as and when he can.

No wonder that the coach is extremely proud of his protégé. “I brought him to Gurgaon as a kid because I was stationed here and there were better facilities here. He is a very bright talent, and we all knew he was meant for better things.”

“I am certain he will win gold, I am not saying this because I am excited. His game is such. He is one of the best in the world in his weight category,” says Dhankar in an interview that took place before the CWG finals, with The Times of India. Panghal went on to win silver, but we are optimistic that he will take his game a notch higher at the Asiads.

In an interview with The Times of India, Amit Panghal mentioned how this training in Gurgaon positively shaped his light flyweight boxing journey. He entirely focused on his training and ambitions to prevent distraction by the party culture. Here are the excerpts from the same –

“My coach brought the three-four of us to Gurgaon to train, and the city has a great atmosphere. It is a great place to practice and train because it has a culture of fitness. Then it is close to Delhi, which has several good training facilities, which also works in Gurgaon’s favor.”

He also stressed the contribution of the Indian Army in the same interview. He said, “Out of the eight male boxers in the Indian team for the Commonwealth Games, five were from the Army. Being in the Army helps you be a team player, and the thought is that your team should be strong.”

The gold at the Strandja Memorial Boxing Tournament for Men and Women, Sophia, Bulgaria, paved a way to enter the Commonwealth Games for Amit. He also won a lot of fame and much-deserved recognition after this event.

Though he lost in the finals, he definitely won the hearts and captured the imagination of an entire country, along with qualifying for the Asian Games 2018. He credited High-Performance Director Santiago Nieva for the excellent performance of all the boxers.

The Road Ahead – Amit Panghal

Amit is not the one to be satisfied with silver and has his sight is firmly on the gold. The Asiads will give him an opportunity to get the highest honour and secure a spot for the Olympics 2020.

Here are his plans from his mouth. Excerpts of his April 2018 interview from The Times of India. “I had a good CWG. I worked hard and got a medal. Of course, I had hoped for gold but got silver, and I am not satisfied by that, I will have to work on my speed. My next target is the Asian Games. But Asian Games will be very tough, and it would be a big test for me. I will prepare for that accordingly. We’ll have to watch the videos of our opponents and work on our weaknesses and prepare under our coaches.”

He continued, “If you look at the overall performance, it is the first time we have won so many medals at CWG. The first time, all boxers reached the semifinals, and it is a tremendous achievement. However, we can continue the training with our coaches, and put in the hard work, I am sure we will win medals at the Asian Games and Olympics.”

Such humility and dedication. Overall, Amit knows that the journey ahead is going to be tough and is giving it all. The young boy, who stands a little over five feet, comes across as a demure and shy person. However, when he talks about boxing and his ambitions, we can get a glimpse of a champion in the making. Actions positively speak louder than words and Amit Panghal is a prime example of this. Hence, in just over two years at the senior boxing circuit, he has achieved tremendous success.

Also, yes, he is not satisfied with just this, but hungry for more! The graph of achievements is all set to rise, and the spotlight will remain on him when he goes on to fight it out in the ring at the Asian Games. Haryana has produced champions like Olympic bronze-medalist Vijender Singh to Commonwealth gold medalist Manoj Kumar. In conclusion, we cannot wait to see this bright star join the high ranks and make us proud!

Mamta Thatte
A passionate foodie, a versatile writer, and now a sports enthusiast, Mamta is always open to exploring new avenues. She has a vast experience in Web Content Writing, Editing, and Social Media Management. A self-confessed coffee and dark chocolate addict, she believes in following her heart and giving her 100% into everything she does.
Previous article5 Indian Golfers making our nation proud
Next articleWater Polo – A look back in the history of sport

Amit Panghal just one step away from boxing glory…

Amit Panghal just one step away from boxing glory…