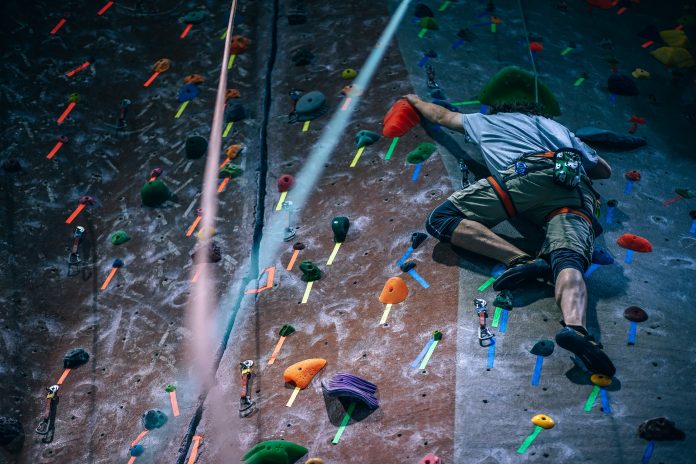 Among the deafening noise of bullets and tear gas, a new trend is breeding. Instead of falling into the same pit, some J&K youngsters are taking up the sport of climbing and proving their mettle. And it was reflected in the recently held 2nd IMF All India Sport Climbing Championship as climbers put up an inspiring performance, winning four medals including 1 Gold, 2 Silver and 1 Bronze.

Being a ranking competition, Shivani Charak took her tally to 360 points with a haul of Gold (100 points) and a Silver medal (80 points) among others in the Championship. She is now the highest ranked woman climber in India. After her triumph in Indore, where the competition was held, Shivani immediately left for China with ten Indian member teams to participate at the Asian Youth Championship.

Earlier, Shivani had also participated in Asian Games, 2018. She also secured 11th position in the Asia Cup (Bouldering and Speed), which was held at Bangkok.

The Asian Youth Championship will be held from 1st November to 4th November in Chongqing, a sprawling city situated at the confluence of the Yangtze and Jialing rivers in southwestern China.

J&K climbers were in top form at the various categories but somehow failed to win medals. For example, Ritesh Sharma and Randeep Singh entered the knock-out rounds of the speed competition in the in the Junior Boys category respectively but were unsuccessful in progressing to the quarters.

Nevertheless, it was an all-around performance by the 8-member team, as 6 climbers entered the final rounds of various forms of competitions. Manik Slathia was the manager as well the State team coach. The J&K team was completely sponsored by J&K State Sports Council. Later, after the competition, she expressed her satisfaction with the players’ performances and hoped that the climbers would win more medals for J&K through hard work.

2018 Asian Youth Championship is a sports climbing event that is being organised by the Chinese Mountaineering Association (CMA) and the International Federation of Sports Climbing (IFSC-Asia) from November 1 to November 4. The Chinese city of Chongqing will play the host for the event. The competition is divided into three categories: Junior, Youth A, Youth B according to birth dates of participants. The event will be staged at the Huayan Climbing Park in Chongqing.

As Shivani is about to begin her journey at the international-level competition, we wish the climber champion, good luck for her endeavours.

Monish Gadiya
Monish Gadiya is the Head of Content at KreedOn. He is a thorough tech-enthusiast and believes that innovation is the answer to all the problems prevalent in the society. Monish graduated from University of Pune with a degree in Civil Engineering before pursuing a post-graduate diploma course in intellectual property rights. A die-hard football fan, he has represented his college at various football competitions.
Previous articleIt’s All About The Mental Game: The What, Why and How of Sports Psychology
Next articleRecording Impressive Wins, Pankaj Advani Advances into the Finals of Asian Snooker Tour