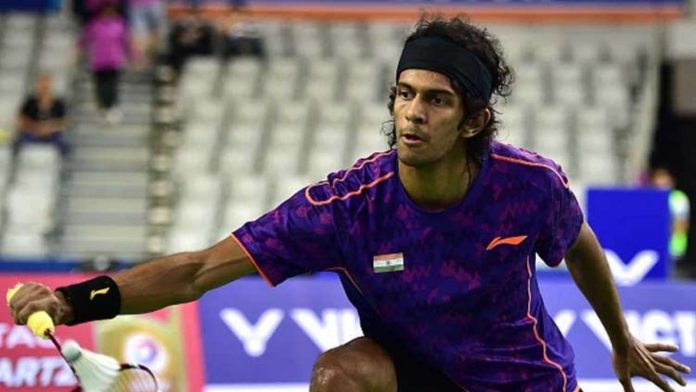 Veteran Indian shuttler, Ajay Jayaram entered the quarterfinals of the ongoing Chinese Taipei BWF World Tour Super 300. He defeated Kim Bruun of Denmark in what proved to be a pretty one-sided affair. Jayaram outplayed Bruun in straight sets of 21-10 and 22-20. The battle lasted only 37 minutes. The former world no.13 faced Lee Zii Jia of Malaysia in the quarterfinals where he lost with a scoreline of 21-16,21-9. The battle lasted for 28 minutes.

In contrast, Saurabh Verma failed to overcome a determined Riichi Takeshi of Japan. He started with a win. But the former national champion lost the match in a hard fought battle that ended 21-19, 21-23 and 16-21. He had won the Russian Open in July with a prize money of $ 75,000 before qualifying for the 2018 Asian Games in Jakarta. Nevertheless, the shuttler will forgive himself for the defeat, as he was nursing an injury.

From start, the match between Jayaram and Bruun looked a not-so-close encounter, with the former leading the latter by 6-1 at one point. Even though Bruun did make a mini-comeback of sorts, reducing the deficit to 8-9, but Jayaram dominated the match thereafter. The first set ended at 21-10.

However, the second set was relatively more competitive, with Bruun mounting a rare challenge. In fact, at the break, the Danish player led by 11-9. The match reached a high point at 19-19. But then again, an experienced Jayaraman was always too capable to handle such situations than his opponent. The match inevitably ended with a scoreline of 22-20.

Jayaram failed to enter the main draws at the South Korean. Although he did put a spirited performance against China’s Zhao Junpeng, the 31-year-old eventually lost in 26-24 and 21-18 sets to the current world no. 46.

Thereafter, in August, the Indian shuttler lost at the Vietnam Open final in the Super 100 competition. Indonesia’s Shesar Hiren Rhustavito proved to be too good for him. The match ended in just 28 minutes, with the Indonesian winning in two straight sets by 21-14 and 21-10. Ajay had to satisfy himself with a silver.

Born on 28 September 1987, the Mumbai Rockets badminton player is a champion of Czech International and Dutch Open. He is sponsored by Li-Ning and coached by Tom John.

Monish Gadiya
Monish Gadiya is the Head of Content at KreedOn. He is a thorough tech-enthusiast and believes that innovation is the answer to all the problems prevalent in the society. Monish graduated from University of Pune with a degree in Civil Engineering before pursuing a post-graduate diploma course in intellectual property rights. A die-hard football fan, he has represented his college at various football competitions.
Previous articleDeepa Malik: Paralympic Medalist who said YES to Life: Athlete Story
Next articlePremier Badminton League: Taapsee Pannu Buys The Pune Franchise

Indian Shuttlers Back Airbadminton: the new outdoor variant of badminton