The 2021 AIBA World Boxing Championship began on the 25th of October and will go on until the 6th of November. The championship is held in Belgrade, Serbia. Indian Boxers have displayed immense strength and performed well at the beginning of the championship. 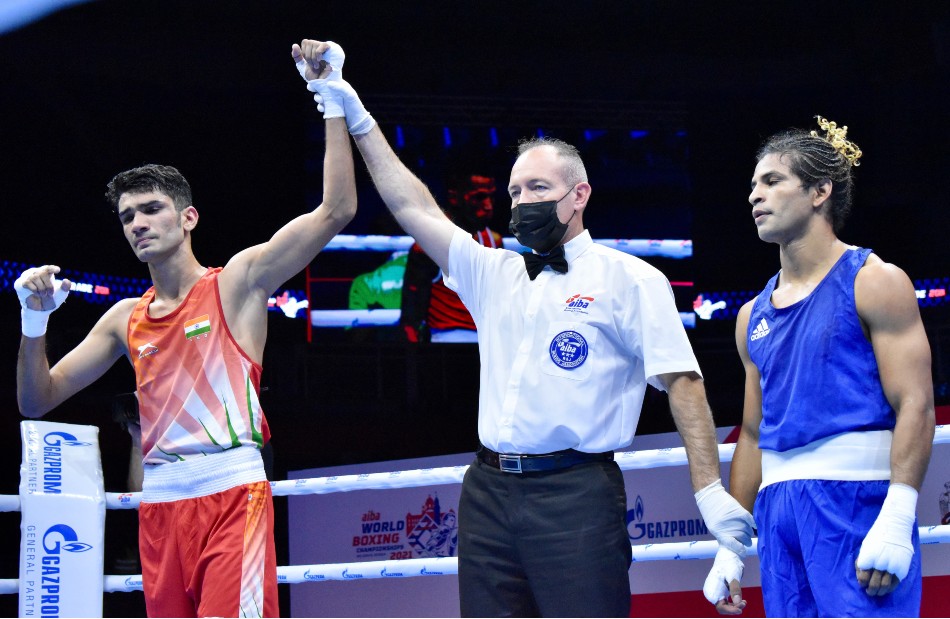 On the first day of the championship, Rohit Mor defeated Olympian Jean Caicedo in the 57 kg category.

Rohit made good use of his height and despite his opponent’s cautious moves. He won the match by 5-0.

The momentum built by Rohit Mor was extended forward by Akash Sangwan the same night. He won against Adem Fukran by 5-0.

Akash was impressively dominating in the match and hardly allowed Fukran to score any points in the match.

Experienced Boxer Shiva Thapa won against Kenya’s Nyadera by another 5-0 as India’s undefeated run in the championship continued.

Shiva seemed completely in control as he won the 63.5 kg round-of-64 match against the Kenyan boxer.

Playing one of the strongest contenders of the title, Deepak Bhoria performed brilliantly as he defeated the Kyrgyzstan boxer after some resistance in the 51 kg category.

The 24-old Indian Boxer played flawlessly to secure a unanimous win against the Asian Champion.

Sumit Sangwan and Narender Berwal end Day 2 on a high 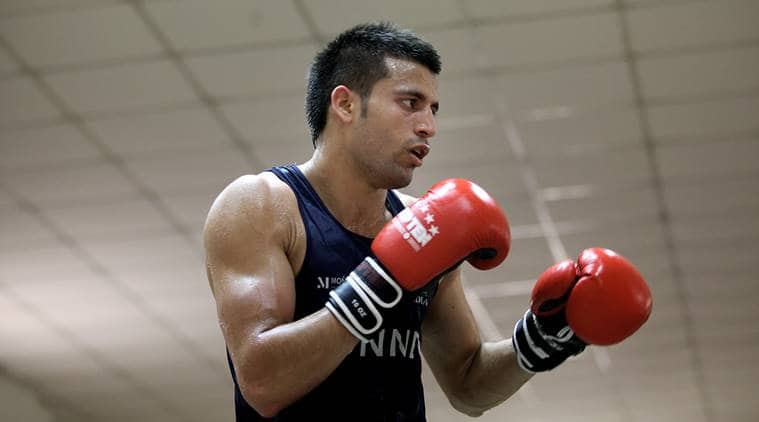 The third match of the day for India was when Sumit Sangwan faced off against Jamaican boxer O’Neill Damon for the 75 kg category. Sumit dominated throughout the match and ended up winning it by 5-0

The fourth match was played between Narender Berwal and Oskar Safaryan (Polish Boxer). They participated in the 92+kg category. Narender despite some tough competition from his opponent, won by 4-1

Four Indian Boxers will begin their campaign in their first-round matches today. Govind Sahani in the 48 kg category, Varinder Singh in 60 kg, Nishant Dev in 71 kg, and Lakshya Chahar in 86 kg will be competing in the championship today.

Mary Kom gets the better of Nikhat Zareen at Oly Boxing...