Afghanistan @ WC 2019: Why India need to take the Minnows Seriously

Famous American basketball player, Sheryl Swoopes once said, “No matter how far life pushes you down, no matter how much you hurt, you can always bounce back!” When the will is strong, then one can easily find the way- a way out that leads to the zenith.

The rise of the Afghanistan national cricket team is one such inspiring story, which can certainly make for a fitting sports biopic. A perfect rags to riches fairy tale.

The journey of the Afghanistan cricket team began from Pakistan’s refugee camps. The Afghanistan Cricket Board (ACB) was formed in 1995 and fighting the odds like terrorism, war displacement, internal chaos and severe social unrest. However, today, Afghanistan is acknowledged as a respectable sides and one of the strongest emerging forces in the world of cricket. With every game, the team gets on bettering itself.

In April 2019, ACB announced the squad for the World Cup and there were no major surprises. The squad was included from the 23-member contingent that took part in the training camp held in Potchefstroom, South Africa. The only major surprise selection, however, was the replacement of Asghar Afghan as captain with Gulbadin Naib and naming Rashid Khan as his deputy. Another important decision was the inclusion of veteran pacer Hamid Hassan. However, the selectors feel that inclusion of the pacer is “good news” for the team as his experience will come handy in the English condition.

As said earlier, within a very short span of time, the Afghanistan cricket team has earned a name for themselves. They earned test status only last year and won their first test against Ireland. It was their second test series. Ireland by no means is a weak team, having created ripples in the cricketing world since the last 10 to 15 years- a time when the Afghan cricket was at its nascent stage.

If we go by Afghanistan’s One Day International (ODI) records, we get to see that from the 111 ODIs that they have played so far, they have won 57, lost 50, 1 ended in a tie and 3 yielded no results. That means the team has managed to win 51.35 per cent of their matches so far. For a team, whose cricket board didn’t even exist two decades back, this is a credible achievement. So far, it has defeated teams like Scotland, Netherlands, Bangladesh, Kenya, Zimbabwe and West Indies, apart from playing a tie with India in the 2018 Asia Cup played in Dubai.

Of course, no one will be giving a chance for Afghanistan to possibly make it to the semi-finals. But not having anyone’s attention could, in fact, prove to be a blessing for the talented Afghans. The team have more than a few surprises up their sleeves. Since many teams haven’t faced them frequently, Afghanistan have capitalize on this element of surprise.

Going by the performances of the competing team, it is pretty clear that Afghanistan can hope to win at least 4 of its 9 league games at the World Cup 2019. The team can defeat Sri Lanka, Bangladesh, West Indies and Pakistan and give the other teams a good run of their money.

The Sri Lankan team, over the past couple of years, has not been in its best of forms. The biggest concerns for them is the lack of a credible leader. Even though they have shown some spirited display in the test series against South Africa winning the two test series 2-0, however, the team failed to put up any fight in the One Day and the T20 series that followed thereafter. For the Islanders, it will be a tough task to negotiate Rashid Khan and Mohammad Nabi; apart from stopping the run machines in Mohammad Shahzad and Asghar Afghan. Though the Lankans look strong on papers, however, it is the recent form of the Afghans that give them an extra edge.

Bangladesh again is an unpredictable team and one can’t expect anything from the Asian side. It gained test status in 2000 and for almost 15 years the team was considered as a minnow. Bangladesh in 2018 received a bitter 3-0 defeat in a T20 series against the Afghans and that too in their own backyard. This victory boosted the Afghan confidence sky-high and will certainly play an important psychological role when the two teams meet on June 24 next.

A victory in West Indies is always as sweet like a candy and Afghanistan has tasted this sweet in 2017 when it defeated the Caribbean in a T20 series. Then again it defeated the West Indies in the finals of ICC World Cup Qualifiers in March 2018. The West Indies, on the other hand, have individual performers and has failed to play together as a cohesive unit. This gives an extra edge for the Afghan side as they believe in team performances rather than the individual. The cohesiveness of the Afghan side will certainly help them against the struggling West Indies.

The final team which I feel the Afghan side can snatch a victory is Pakistan. The squad that Pakistan selected for the premier tournament lacks experience of playing at international tournaments. Shoaib Maliki, Mohammad Hafeez, and Sarfaraz Ahmed (C, WK) are their three most experienced players. The rest of the players are talented but are inexperienced and they have fumbled in pressure situations in the recent past. Here, it is important to mention about one quality of the Afghanistan side is that they are known to create pressure on the opposition with their disciplined bowling and fielding. Even if they score 250 or 260, they can win a match as they know how to exert and build pressure on the opposition. The tied match against India in the Asia Cup 2018 was a prime example.

Suppose the Gulbadin Naib-led side wins these four matches and manages to set two more upset victories, then we could witness a new history in the writing!

The Afghanistan side is known for its cohesive cricket and they are not dependent on any individual performances. However, four players will play an important role in the success of the team at the World Cup.

Rashid Khan: The T20 captain of the Afghan side, Rashid Khan is ranked third (3) at the ICC ranking for ODI bowlers. With a career bowling economy of 3.91 runs per over and bowling average of 15.00, he is one of the most dangerous spinners in the world cricket right now. Not just bowling, but he is a prolific striker of the cricket ball as well and he can change the situation of the game at any time. He is also a livewire in the outfield.

Mohammad Shahzad: The gentle giant of the Afghan cricket, Mohammad Shahzad is known for his six hitting abilities. The wicketkeeper-batsman knows just one style of cricket- attack. A lot depends on his opening batting performance. He is one such player who can score a 60 or an 80 within the first few over and take the match away from the opponent. And while fielding, his neat and clean glove work behind the stumps will certainly put the opposition in a spot of bother.

Mohammad Nabi: Ranked nineteenth (19) in ODI, Mohammad Nabi is a clever off-break bowler who is widely respected in the world today. Known for his deliveries that confuse the batsmen, Nabi over the past two years has emerged as one of the key layers for Afghanistan. With Rashid Khan, the lanky off-break bowler forms a lethal combination. Negotiating him will really be a tough task and the batsmen won’t have it easy. He is also a handy player with the bat and his contributions lower down the innings will certainly help Afghanistan in crunch matches.

Asghar Afghan: A silent workhorse, Asghar Afghan is one such player who steers and anchors the team every time it falls in some trouble. He may not be known for some flashy shots or any extravaganza, but the calmness he brings in at the middle order is something one needs to discuss. He can make others play around him. His experience and calmness is a boon for the team. And he is also a successful bowler who can chip in with vital breakthroughs when the team requires it.

In 2015 ICC World Cup, Afghanistan won an improbable looking match against Scotland and almost defeated Sri Lanka. The team then and the team today, however, are poles apart and the team today is far better than what it was then. This team knows the secret of winning matches and they know how to not panic at crunch situations. Right before the World Cup begins, they play Scotland and Ireland in two separate ODI series. A victory in these two series will do wonders to their confidence level and this will certainly reflect in the matches they play at the World Cup.

The wait is now for June 1, 2019, when the rising force of World Cricket takes on the four-time champions Australia. 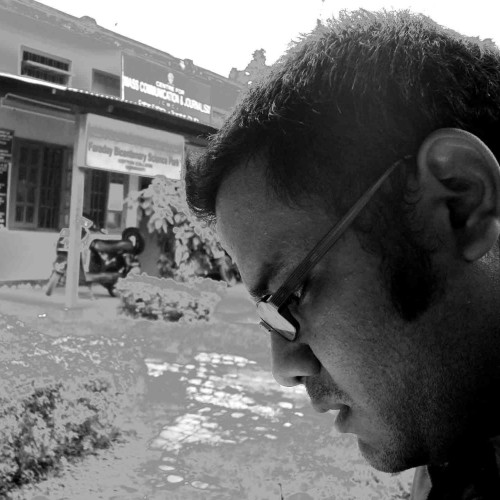 Here’s the controversial rule that ICC has scrapped

All you need to know about the ICC World Cup 2019