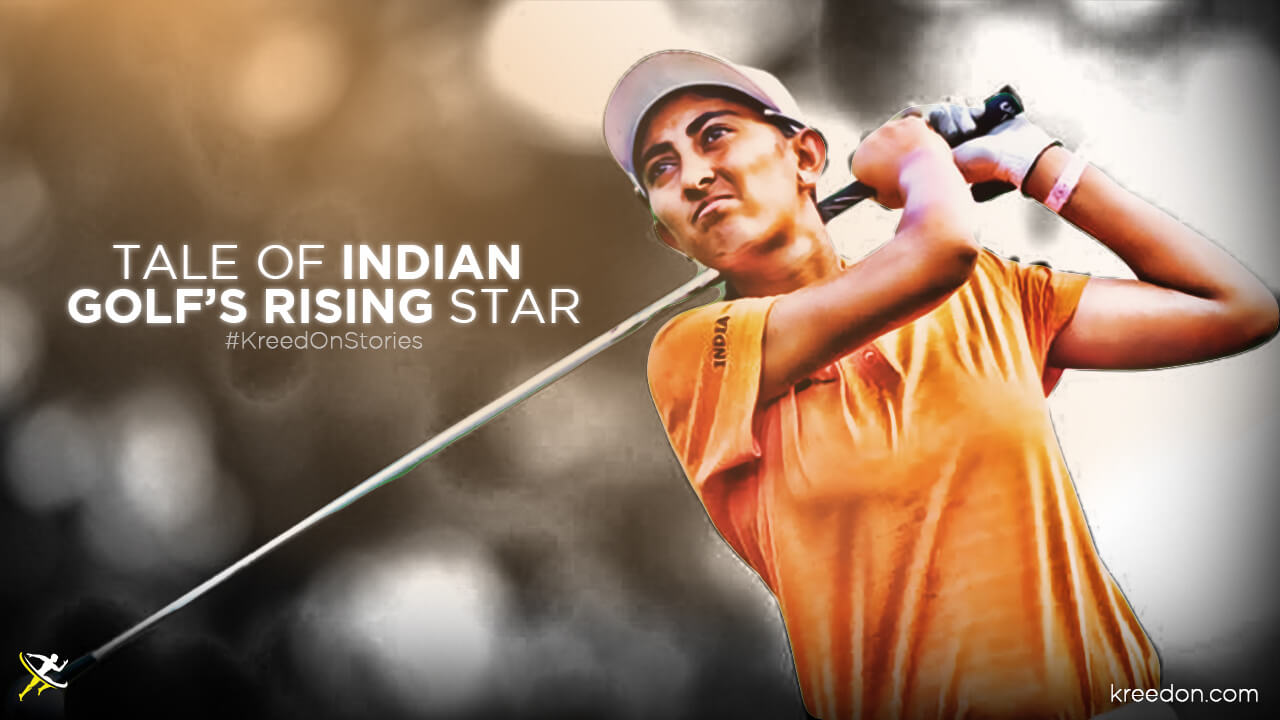 Indian golf has a few big names in Jeev Milkha Singh, Jyoti Randhawa, Arjun Atwal, and SSP Chourasia. Women’s golf in India does not have much big names with Smriti Mehra being a name that only a few might know. However, there is one name in women’s golf who is a rising star showing a lot of promise and can be a huge name in the future and that is Aditi Ashok who is just 19 now.

Who is Aditi Ashok?


Aditi Ashok was born in Bangalore in 1998 and began playing golf from the age of 5. Her parents were immensely supportive with her father being her caddie. Aditi began competing from the age of 7 and by the time she reached 10, she already had a title to her name. Her game gradually began improving over the years and by the end of 2011, she had three amateur titles to her name.

Aditi’s fourth amateur title came a year later and in 2013, she won the Asia Pacific Junior Championship. In the same year, she competed at the Asian Youth Games at Nanjing under the Olympic flag. Aditi came 10th with a score of 3-over-par 219.

The following year, Ashok won her sixth amateur title at the Eastern India ladies amateur tournament and also competed at the Asian Games at Incheon. Aditi ended 21st with a score of 11-over-par 299. She came second amongst the three Indian golfers competing in the tournament behind Gurbani Singh who ended 15th. Aditi also competed at the Youth Olympics at Nanjing where she secured 11th position in the women’s individual event. She also competed at the team event with Feroz Garewal and the duo were ranked 21st.

In 2015, Aditi won her seventh amateur title and she also secured her Ladies European Tour card for the 2016 season by winning the Lalla Aicha Tour School qualifying. This made her the youngest winner of a Q-School for an international tour.

Golf returned back to the Olympics after an extremely long wait of 112 years. Aditi Ashok was one of the three golfers that represented India at the Rio Olympics. This made her the first Indian to play the Asian Youth Games, the Youth Olympics, the Asian Games, and the Olympics. She began well by maintaining her stay at the top eight of the field for the first two rounds.

However, her third round was disappointing as she shot 79. This was followed by shooting 76 in the final round where she missed some putts and for the first time in four days, had no birdies, just three bogeys, and one double bogey. This led her to finish 41st out of the 60 putters with a score of 7-over-par 291. Slipping from the top 8 to 41st is quite a nasty drop but it still isn’t too bad for an 18-year-old teenager who is in the beginning phase of her professional career.

She ended the 2016 season in the second position and was adjudged the “Rookie of the Year”. Aditi gained a LPGA Tour card for the 2017 season through the LPGA Final Qualifying Tournament which was held at the end of the year.

A fine European Tour season last year coupled with the Olympic experience has definitely boosted Aditi’s morale. Hence, we can expect her to produce some promising and stunning performances during the LPGA Tour this season.

She followed this by missing the cuts for the final round at the British and US Opens. Aditi then ended the Scottish and Victorian Opens tied 51st and tied 83rd respectively. Aditi Ashok is currently ranked 132nd in the Order of Merit.

In an era where females have been producing a plethora of stellar performances in Indian sports, Aditi Ashok has done pretty well to be in the same league as the likes of Saina Nehwal, PV Sindhu, and the Women’s Cricket Team. She is the poster girl of Indian golf and has a very bright future ahead. One thing’s for sure is that Aditi Ashok will be a household name in the years to come.

Two-time Olympian 🇮🇳 @aditigolf is doing her part to put #Golf on the map in her home country.

And she's 18 holes away from bringing home an #Olympics medal.https://t.co/j0Lss3yGqN

Five years ago at the Rio Olympics, #IND's @aditigolf was youngest competitor in the women’s golf competition.

The 23-year-old shot a 4-under 67 in the first round at #Tokyo2020, tied for second and determined for a better finish this year.

After a Friday 67, @aditigolf and Pajaree Anannarukarn are tied for the lead at 15-under 👇

Both players are looking to earn their first Tour victories in Michigan pic.twitter.com/jIK6FfXsaa

Neelabhra roy
Reading, Writing and indulging in sports activities have been Neel's passion since he was a child. He grew up playing various sports and knew that it was something he wanted to stay in touch with. After completing his graduation, he narrowed his focus on writing. In his leisure time, he likes to read books and chill with his dog.
Previous articleDeborah Herold: The journey of India’s top cyclist, Information, Biography
Next articleThe Rise Of India in Test Cricket: A Glimpse of our Cricket History

The Basics of Golf: How to Play Golf

Kunjarani Devi – The Manipuri Girl who Inspired a Generation

Facts about Viswanathan Anand that will blow your mind!