Rightly named after the warriors from the holy land of Uttar Pradesh, UP Yoddha was one of the four new teams added to Pro Kabaddi League in 2017. And although being a ‘newcomers’, the Yoddhas didn’t have problems in taking on the more experienced sides. The team has done well in their first two seasons, making it to the playoffs on both occasions. But they have failed to cross the next hurdle to enter the final. Can they do it this year? Here is everything you need to know about UP Yoddha ahead of PKL’s seventh season:

The Greater Noida based team made its debut in the fifth season of PKL in 2017. Up Yoddha was one of the four new teams added to the league to take the total number of teams up to 12. The team’s logo consists of various weapons representing the rich history of ancient warriors from the state of Uttar Pradesh. The Yoddhas have finished third in the Zone B of both 2017 and 2018 season to qualify for playoffs.

Owners of UP Yoddha 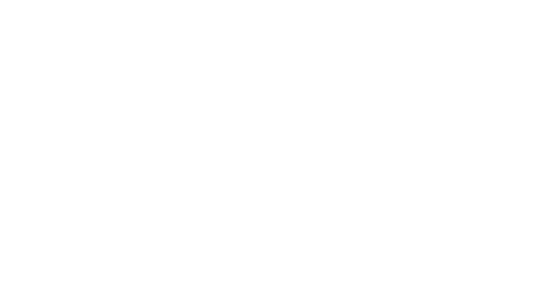 The UP team is owned by GMR Group, New Delhi based Infrastructure Company. It is one of the biggest Indian infrastructure company with a revenue of $1.9b in 2016. GMR Group has previously invested in Sports, buying the Delhi franchise of the Indian Premier League. They sold 50% stakes last year but still hold half the rights to the cricket team.

One of the biggest automobile brands in India, Tata Motors are the title sponsors of UP Yoddha with the name of the team coincidently matching one of Tata’s heavy vehicles – Tata Yodha. T10 Sports are the kit manufacturers of the team.

BKT Tyres, Captain Morgan and GMR are the principal partners of Up Yoddha. Fever 104 FM are the radio partners and Fortis are the healthcare sponsors.

Jasveer Singh, who was appointed as UP Yoddha’s head coach ahead of the sixth season will continue for the second year in a row. After leading the team to the Qualifier 2 in the sixth season, Singh will be looking to do one better this time. Arjun Singh will be the team’s assistant coach.

As mentioned before, UP Yoddha have finished 3rd in both 2017 and 2018 to qualify for the playoffs. The team lost the very first Eliminator in 2017 but made it to the Qualifier 2 by winning two eliminators in 2018. But the team has never qualified for the final.

UP Yoddha started their debut campaign with two consecutive wins against Telugu Titans and Bengaluru Bulls. The Greater Noida team eventually finished third in Zone B with 8 wins and 10 defeats in 22 group stage games. Yoddha ended up with 60 points, just three more than fourth place Bengaluru Bulls, to qualify for playoffs.

But playing in their first ever knockout game, UP Yoddha lost a closely fought contest 38-40 against Puneri Paltan. The team heavily relied on raiders Nitin Tomar and Rishank Devadiga, who were the best performers of the season.

The similar story continued for UP Yoddha in the 2018 season. With 8 wins and 10 defeats in 22 games once again, they finished third in Zone B. This time around, UP were just two points ahead of the fourth place Patna Pirates.

The Yoddhas won their first eliminator 34-29 against 2015 Champions U Mumba to beat their best performance of the last season. They cruised past Dabang Delhi with a 45-33 win in Eliminator 3. But against the best performers amongst the newcomers, Gujarat Fortune Giants, UP suffered a defeat in the second qualifier which crushed their dreams of making it to the final second time in a row. The Giants won 38-31 in that game.

Prashanth Kumar Rai and Shrikant Jadhav were the team’s best raiders with 144 and 141 raid-points respectively. But the main man behind UP’s success was Nitesh Kumar, the league’s best defender in the sixth season. He was the only defender to touch the magic number of 100 tackle points.

Up retained their two elite players Amit Narwal and Sachin Kumar for the seventh season. But most importantly the team has shown a lot of confidence in young players, retaining four youngsters for the upcoming tournament. Nitesh Kumar, Aashish Nagar, Azad Singh, and Arkam Shaikh are the four young players retained.

Raider Monu Goyat was UP’s most expensive buy in the 2019 auction for ₹93 lakh. The team used the Final Bid Match (FBM) card to buy back Shrikant Jadhav for ₹68 lakh.

UP Yoddha play their home games at SVSP Sports Complex at Greater Noida. The stadium has the capacity of 5000 people. In the upcoming season, the stadium will host the last leg of the group stage games from 5th October to 11th October.

The Yoddhas will start their campaign in Pro Kabaddi 2019 on 24th July against Bengal Warriors. In the 12-team double round robin format, UP will have to finish in the top six to qualify for playoffs for the third consecutive time. The likes of Monu Goyat, Nitesh Kumar, Sachin Kumar, and captain Rishank Devadiga will be crucial to UP’s chances in the seventh season.

Chinmay Pagar
I might be a Mechanical Engineer on the paper, but I was a Sports enthusiast since childhood, screaming at the TV watching cricket at the age of 4. Not much excites me other than sports unless it's free pizza. I can watch literally anything remotely related to sports; Cricket, Football, Tennis, F1, Hockey, Athletics, Chess, you name it! And I love to write too, so at the time I'm not watching sports, I'm writing about it. Or eating pizzas, of course.
Previous articleSourabh Verma, Prannoy Progress to US Open Round 3
Next articleU Mumba Team 2019: Players, Records, Sponsors, Owners

UP Yoddha’s main man in the attack, Shrikant Jadhav, is currently one of the finest raiders in the Pro Kabaddi League. But it has...
Read more
Biographies

Dabang Delhi’s main man in the defence, Ravinder Pahal is easily one of the best Right Corner in the Indian Kabaddi at the moment....
Read more
Kabaddi

When an experienced coach like Randhir Singh gives the nickname ‘The Bulldozer’ to a 20-year old, that youngster has to have something special. After...
Read more
Dream11 Prediction