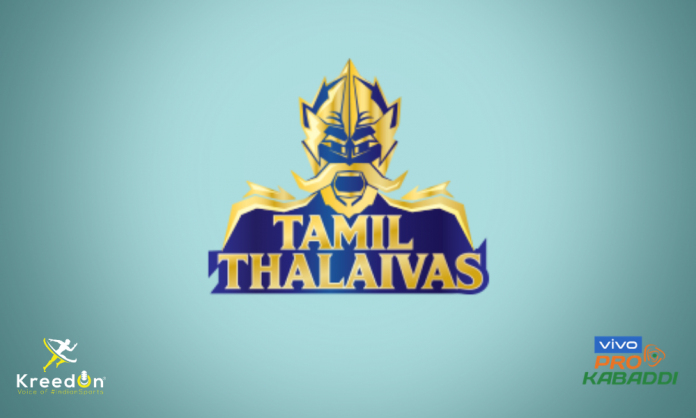 For a city of Chennai, which is insanely in love with their Cricket and Football teams, Kabaddi hasn’t really given them a lot to smile about. Tamil Thalaivas are one of the four teams to have been added to the Pro Kabaddi League two years ago. And so far they have finished with a wooden spoon both the times. But with the addition of one of the highest point scorer in the PKL history – Rahul Chaudhari – will the team’s fortunes change this time? Here is everything you need to know about Tamil Thalaivas:

The Thalaivas were added to the Pro Kabaddi League in 2017 along with three other franchise. They became the third team from South India after Bengaluru Bulls and Telugu Titans. But so far, the team from Chennai has finished last in Zone B of both season five and six. Ajay Thakur, the captain of the Indian Kabaddi Team has been the star player of Thalaivas for the last two seasons.

Tamil Thalaivas are jointly owned by the legendary Cricketer Sachin Tendulkar and industrialist Nimmagadda Prasad. It is Tendulkar’s second investment in a sports team after Kerala Blasters in the Indian Super League. But the Cricketer sold his stakes in the football team back in 2018.

Valvoline, the famous Motor Oil brand is Tamil Thalaivas title sponsor for the upcoming season. Asian Paints and BKT Tyres are the associate sponsors. Kaizen Sports are the kit manufacturers for the Thalaivas going into the seventh season.

Edachery Bhaskaran will be the team’s head coach for the second consecutive year. Despite a disappointing finish to the last season, the Thalaivas have decided to stick with the experienced coach.

Bhaskaran has previously led U Mumba to the title back in 2015. He has also managed the Indian national side in the past.

As mentioned before, Tamil Thalaivas have grabbed the wooden spoon in both seasons they have played so far. They hold the worst record amongst the teams which made their debut in 2017. 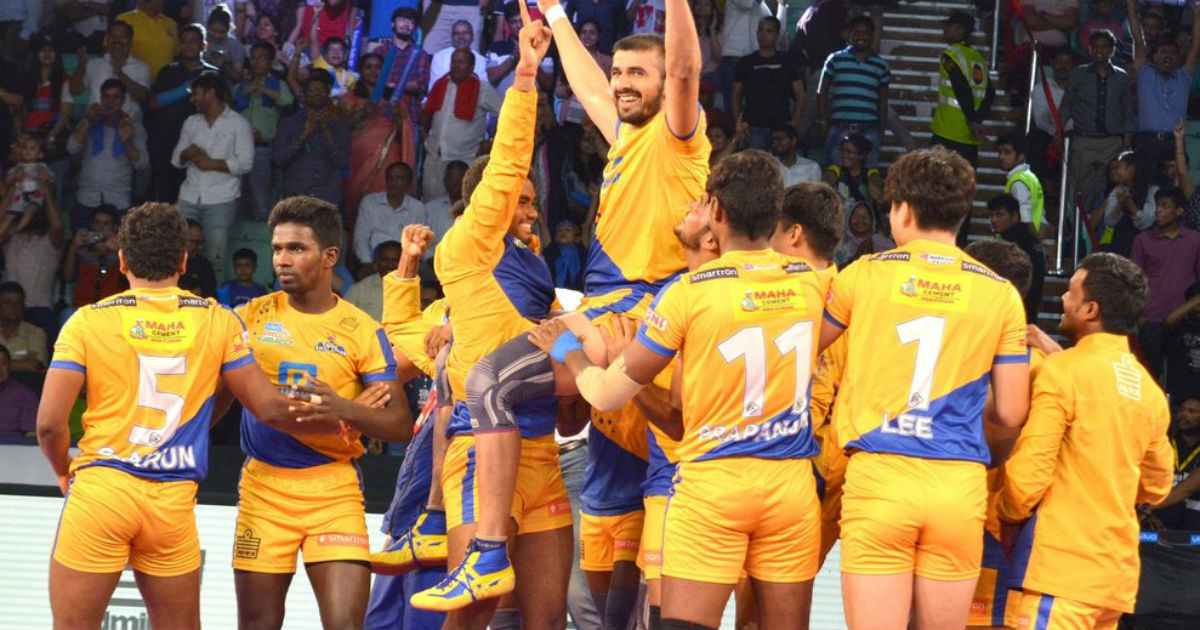 Losing 14 of the 22 games in Zone B was hardly an ideal way to start the Pro Kabaddi League journey for Tamil Thalaivas. They won just 6 games in total, finishing at the bottom of Zone B with just 46 points and a score difference of -71.

It was a disappointing end to their campaign, considering the fact that the Thalaivas had the third-best raider in the team that season. Ajay Thakur scored 213 raid points in 22 games with 12 Super 10s throughout the season. Amit Hooda was their best defender with 61 tackle points.

The second season was no different for the Thalaivas, if anything, it was even worse. They won just 5 games of the 22 in total, losing 13, to once again finish at the bottom of Zone B. The team won just 42 points and ended up with the score difference of -70.

Ajay Thakur crossed the 200 mark in raid points once again, finishing with 203 points, 5th best in the league. Manjeet Chhillar was the best defender for the Chennai-based franchise with 59 tackle points.

Presenting everyone the official squad of Tamil Thalaivas for the upcoming season ?#IdhuNammaAatam pic.twitter.com/LHtEm0dZcy

After two disappointing seasons, the Thalaivas needed a little bit of shakeup in the squad to be competitive in the seventh season. And they certainly achieved it with some of the best buys of the season. The highest point scorer in the Pro Kabaddi League history, Rahul Chaudhari was bought for ₹94 lakh. Mohit Chillar and Ran Singh were also signed for ₹45 and 55 lakh respectively.

But they also retained three elite players in the form of Ajay Thakur, Manjeet Chhillar and Victor Onyango Obiero.

The Thalaivas play their home games at the Jawaharlal Nehru Stadium in Chennai. The multi-purpose stadium has the capacity of 8000 people for indoor events. The fifth leg of the seventh season will be played in Chennai from 17th to 23rd August.

Our schedule for the Vivo Pro Kabaddi League Season 7 is here! ?

Which fixture are you looking forward to the most? ?#IdhuNammaAatam pic.twitter.com/gZO6s03q6x

After the addition of Rahul Chaudhari, the attack looks much stronger for the Thalaivas with Ajay Thakur and Ajay Thakur already in the team. In defense, Mohit Chhillar will look to strengthen the right corner for the upcoming season. The Thalaivas will kick off their campaign against Telugu Titans on 21st July.

Chinmay Pagar
I might be a Mechanical Engineer on the paper, but I was a Sports enthusiast since childhood, screaming at the TV watching cricket at the age of 4. Not much excites me other than sports unless it's free pizza. I can watch literally anything remotely related to sports; Cricket, Football, Tennis, F1, Hockey, Athletics, Chess, you name it! And I love to write too, so at the time I'm not watching sports, I'm writing about it. Or eating pizzas, of course.
Previous articleHaryana Steelers Team 2019: Players, Records, Sponsors, Owners
Next articleDream11 GUJ vs BLR Pro Kabaddi League 2019 | PKL 19 Prediction

Pro Kabaddi League Season VI and VII dates are out!!