The list of legendary Indian tennis players includes all those sportsperson who have made a mark for themselves at national and international level. Right from Ramanathan Krishnan to the Amritraj brothers, till the recent rise of Yuki Bhambri, India is bestowed with great tennis players.

Tennis traditionally has not been the first sport played in India. But, lately it has become one of the most popular and played sports in India. Many youngsters, through their hard work, practice and talent are making it big in the world.

There are number of tennis stars that have shown their talent globally and have been honored with many awards. They are the true inspiration for the young and upcoming sports person in the coming years.

The game of tennis has many stars in India, but we have shortlisted 7 legendary Indian tennis players who have inspired the nation.

In the early 19th century, when lawn tennis was introduced to the Indian masses, the game was dominated by the British. Most of the titles during that period were won by foreign players, largely due to the fact that Indian talent was undiscovered.

But eventually Indian players started featuring in the game. One such trendsetters, who popularized lawn tennis among the Indians at that time was Ramanathan Krishnan. He should also be credited with starting the trend of legendary Indian tennis players as he was one of the world’s leading tennis players in the 1950s and 1960s.

Krishnan retired in 1968, but played a crucial role in his son Ramesh Krishnan’s successful professional career in the 1980s.

Vijay Amritraj kept the Indian flag flying high, with his notable performances at the international circuit. Amritraj, along with legendary Indian tennis players Ramanathan and Ramesh Krishnan, is among the handful of Indians to perform well at Grand Slams. Throughout his illustrious career, Vijay Amritraj performed rather well against the greatest names of tennis history. Legends like Bjorn Borg, Jimmy Connors, Ivan Lendl, John McEnroe and Newcombe, were beaten at least once by the aggressive Indian.

Leander Paes is the epitome of Indian tennis for over two decades now. He is one of the most successful doubles players in tennis history. Paes till date has eight career Grand Slam doubles titles and six career Grand Slam mixed doubles championships to his name.

Leander Paes, though not in the prime form of his career is now actively involved in coaching India’s next big tennis star.

The first Indian ever to win a Grand Slam Tournament Mahesh Shrinivas Bhupathi, is an Indian tennis icon. One of the most dominant tennis players in the world, Bhupathi has won a whopping 52 career titles in Doubles and 8 in mixed doubles.

Mahesh is undoubtedly one of the best mixed doubles players in the world.

Bhupathi took up tennis due to his father who also trained him.

Though Rohan Bopanna was a late bloomer, it was due to his father that the lad from Coorg started playing tennis.

Rohan along with Sania Mirza narrowly missed the bronze medal at the 2016 Rio Olympics. Bopanna is still going strong and is aiming for the 2020 Olympics.

The high point of his career came in 2017, when the boy from Coorg won the French Open. He became only the fourth Indian after Paes, Bhupathi, and Mirza to win a grand slam. Rohan won the French Open mixed doubles title with Canadian partner Gabriela Dabrowski.

Sania Mirza is not just one of the legendary Indian tennis players, but perhaps the greatest sportswoman India has ever produced.

Awards, rewards and felicitation started coming her way from early teens. Sania was named in the “50 Heroes of Asia” by Time in October 2005. In March 2010, The Economic Times listed her in the “33 women who made India proud.” Sania was also appointed as the UN Women’s Goodwill Ambassador for South Asia in 2013. One of her biggest honours came in 2016 when she was named in Time magazine’s list of the 100 most influential people in the world.

One of the fittest Indian players to grace the tennis court, Somdev Devvarman shocked the world when he announced his retirement on 1st January 2017.

He got a wild card entry into the 2011 Australian Open, but ended up losing to Tommy Robredo in the first round. The following year, he was once again awarded a wild card entry. This time it was for men’s singles event, at the London Olympics. Somdev Devvarman for his contribution to Indian tennis fraternity was presented with Arjuna Award.

Even if these 7 legendary Indian players may have retired or are on the verge of retirement, India still has some bright prospects. Rising up through the ranks are, Yuki Bhambri, Ramkumar Ramanathan and Saketh Mayeni. Hope these future stars make India proud just like the legendary Indian tennis players mentioned in our story. 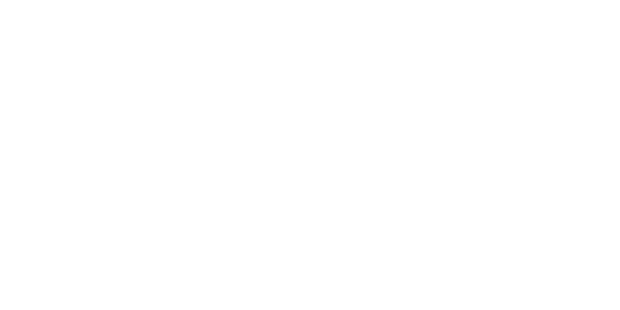 This is when tennis legend Leander Paes will retire

Davis Cup 2018-19 Qualifiers India vs Italy: Can India Overcome the...