The Top 7 Biggest Sports Business Deals in India in 2018

2018 was really a blockbuster year for sports in India overall, with the Indian athletes making it big at Gold Commonwealth Games and Jakarta Asian Games. However, off the field as well, sports took big strides in the country was business.

The year witnessed some of the biggest deals being cracked, media rights sold at astronomical figures, and a slew record endorsement offers being accepted.

We compile a select sports business deals that grabbed headlines in 2018:

Star India has been ruling the roost for quite a while when it comes to sports broadcasting- both on television and on streaming. However, the media house literally broke the bank by registering a humongous bid of ₹6,138 crores that was accepted by the BCCI.

The deal not only outbid Star’s bitter rival Sony Picture Network but also shattered all the previous records. The deal meant that Star would be forking out as much as ₹60 crores per home match of team India, up from ₹43 crores.

After Star India outbid them in both the IPL & BCCI rights, it was inevitable that Sony Pictures Network India group would vie to acquire broadcasting rights of foreign leagues and countries. SPNI team did exactly that by securing the exclusive media rights related to the England and Wales Cricket Board for the Indian subcontinent for a span of five years.
The deal came just in time before India’s tour of England.

Facebook took an unusual step by buying the exclusive media rights for La Liga, Spain’s top-tier football league, for a rumoured fee between €10 to €20 million. The strange thing about this deal is that Facebook would be broadcasting all the La Liga matches for free in the Indian Subcontinent. Interestingly, this deal also marked the first time that a top football league opted to tie up with a digital platform for the media rights.

However, it is viewed as a win-win situation for both the parties for both the parties involved. Even though La Liga teams have been dominating the Champions League and Europa Leagues for quite a while, the league has been facing stiff competition from English Premier League for global fan following. The ‘free-to-air’ model will thus help it to significantly elevate its following in south Asian countries like India, Afghanistan, Bhutan, Bangladesh, Nepal, and the Maldives.

In a deal that will see Hero reportedly fork out ₹150 crores, Woods will be its Global Corporate Partner for a duration of 4 years. The two parties’ association date way back in 2014, when the first deal was signed. 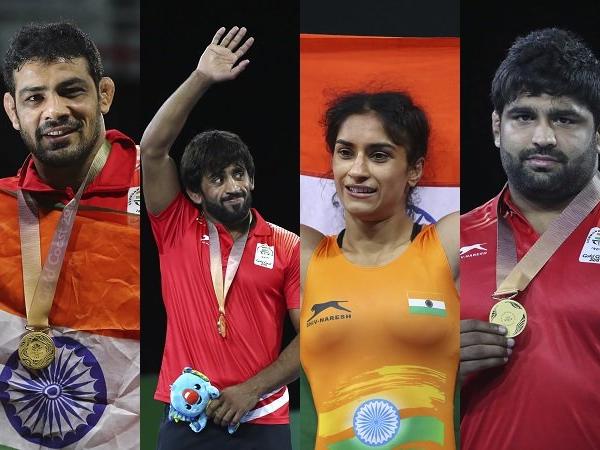 Indian wrestling got a big boost last year when Wrestling Federation of India (WFI) rolled out its annual, contract-based remuneration to its wrestlers.

Further good news followed when Tata Motors, India’s premier automobile manufacturing company, announced its agreement with WFI as its ‘Prime Sponsor’. The one-of-a-kind and an all-encompassing three-year deal is meant to encourage and support the sport.
Under the agreement, Tata Motors would financially support the country’s top 50 performing wrestlers, both in the domestic and international circuit.

As the company’s commercial vehicle unit president, Girish Wagh rightfully said, the deal was ‘one of the biggest non-cricketing associations’ in India.

Indian Premier League was all over the news in 2017 when Star Sports bought its media right for an eye-grabbing ₹16,347 crores. Last year saw the world’s richest leagues brand valuation cross the $ 5 billion mark.

Last year another mega deal transpired in relation to the Indian Premier League when JSW Group, a $13 billion conglomerate, announced its decision to acquire 50% equity stake from of the IPL franchise Delhi Daredevils from GMR Sports. GMR had bought the team for an amount of $84 million back in 2008.

The deal, that marked the first such stake sale in IPL, saw both SMR and JSW own the company in a 50:50 partnership.

Force India, the Indian Formula One racing team, announced its £100 million takeover by the Canadian billionaire Lawrence Stroll. With debts running into millions, the team had been put into administration by the London High Court earlier last year.

The Silverstone-based F1 team and constructor was founded by Indian businessman Vijay Mallya and Dutch investor Michael Mol in 2008. A 42% stake was then bought by another Indian business family, the Sahara Parivar, for a sum of $100 million in 2011.

For the latest and updates content on Indian Sports, stay tuned with KreedOn.

Monish Gadiya
Monish Gadiya is the Head of Content at KreedOn. He is a thorough tech-enthusiast and believes that innovation is the answer to all the problems prevalent in the society. Monish graduated from University of Pune with a degree in Civil Engineering before pursuing a post-graduate diploma course in intellectual property rights. A die-hard football fan, he has represented his college at various football competitions.
Previous article
Top 17 Sports Books on Indian Women That Will Inspire You
Next article
PBL Final: Bengaluru Raptors Beat Mumbai, Win Their Maiden Title

How will Caanhub and KreedOn’s partnership change India’s sports ecosystem?

How will Caanhub and KreedOn’s partnership change India’s sports ecosystem?