The defending champions, Bengaluru Bulls have started their title defence with four wins in five games as they look to become only the second team to win two consecutive titles. Unsurprisingly enough, last season’s most valuable player, Pawan Kumar Sehrawat has played a crucial role in the team’s success with 74 points in just 5 games. But the raider is not the only player to watch out for. Bengaluru’s coach, Randhir Singh who is known for his trust in youth has once again decided to go with a number of youngsters for season 7. Here are three Bengaluru Bulls players to watch out for in PKL 7:

The defender was team’s best defender in the title-winning season with 63 tackle points. And Bengaluru Bulls rightly used the FBM Card to bring back Mahender Singh for ₹80 lakh during the 2019 auction.

Star raiders Pawan Kumar Sehrewat and Rohit Kumar are always under the spotlight for the Bulls. But Mahender Singh is the heart and soul of the team’s defence. The 23-year old is once again leading Bengaluru’s defence with 19 tackle points in just 5 games.

Mahender was especially on fire against Telugu Titans where he won 7 tackle points at the strike rate of 78%. He has also won 5 super tackles so far, most by any defender this season. For Bengaluru Bulls to dream of winning the second consecutive title, Mahender Singh will once again be the trump card. 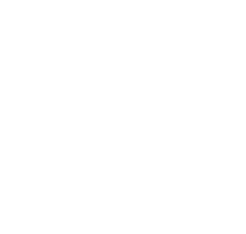 The 22-year-old defender is proof of how Coach Randhir Singh loves working with youngsters. Amit Sheoran joined the Bulls in season 5 and played just 4 games without picking any points. In Bengaluru’s title-winning season, he won 38 tackle points in 15 games. And this season, Amit has started every game so far.

Not only has the youngster become the crucial part of Bengaluru’s team, but he has also been the second-best defender behind Mahender Singh. Amit has won 11 tackle points in 5 games at the strike rate of 50%.

Amit’s season started on a high with a High 5 against Patna Pirates on the very first day of PKL 7. He has continued to support the team with at least one tackle point in every next game. The defender has also won two super tackles so far. The Bulls will be hoping for similar performances from Amit in this long and tiring season as Mahender alone cannot carry the entire defensive burden.

Yet another Randhir Singh gem! Sumit Singh made his PKL debut with Bengaluru Bulls in season 4. The raider won just 9 points in his first season, failed to open his account in the 5th season and managed just 15 in 8 games in the title-winning season.

But just like Amit Sheoran, Sumit has lived up to Randhir Singh’s expectations this season. And it has been an all-round performance from Sumit so far. The raider has won 8 raid points and 2 tackle points in four games.

In the first game against Patna, Sumit collected two points each in both attack and defence. He has bagged six more raid points since then to take his tally to 10 points in total. With more than 70% of the group stage still to go, Sumit Singh will be an important player for the Bulls as the secondary raider behind Pawan and Rohit.

Chinmay Pagar
I might be a Mechanical Engineer on the paper, but I was a Sports enthusiast since childhood, screaming at the TV watching cricket at the age of 4. Not much excites me other than sports unless it's free pizza. I can watch literally anything remotely related to sports; Cricket, Football, Tennis, F1, Hockey, Athletics, Chess, you name it! And I love to write too, so at the time I'm not watching sports, I'm writing about it. Or eating pizzas, of course.
Previous articleIndia vs West Indies Dream11 Prediction 2nd ODI | Fantasy Cricket Tips
Next articleDream11 HYD vs BEN Pro Kabaddi League 2019 | PKL Prediction

7 Bengaluru Bulls records that are difficult to break