The opening ceremony will take place at the Gelora Bung Karno Main Stadium. Ocean is this edition’s theme.

Also, a minute’s silence will be observed to honor the 2018 Sulawesi earthquake and tsunami victims.

A total of 18 sports will be played among the 546 events in the games.

A total of 2,831 athletes from 43 nations from Asia will participate in the event. The Korean nations will participate as singular nation. Thus, it  further provides an evidence of their growing camaraderie and unity.

‘Harmony’ is this edition’s logo concept. It is the form of harmonious and balance within the natural environment and the surroundings in living the life.

The logo is circle shaped to symbolise harmony and balance between the diversified nations of Asia. It represents the ‘Energy of Asia’. The assortment of pieces that for the circle are the silhouette of the host stadium, Gelora Bung Karno Stadium.

Furthermore, the three curves in three colours around the silhouette represent Asian nation move together in unity, harmony and mutual achievement.

As Sky, Sun and Nature are the three basic elements in Asian philosophy of Living, in which togetherness is one of the most important factor in a way of living as well.

Also, the color purple represents wisdom, loyalty and pride is the spirit of solidarity. 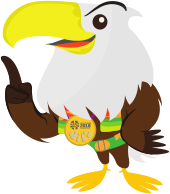 MOMO or motivation and mobility, is the official mascot of the Asian Para Games 2018. The mascot is a graphic visualization of Bondol Eagle, scientific name – haliastur indus.

The eagle only lives in thousands island (pulau seribu) area. Further, it is easily recognized bright white color from head to chest, while other part of its body is dark brown.

However, due to its small population, Bondol eagle is an endangered species, according to UN.

India at the 2018 Asian Para Games 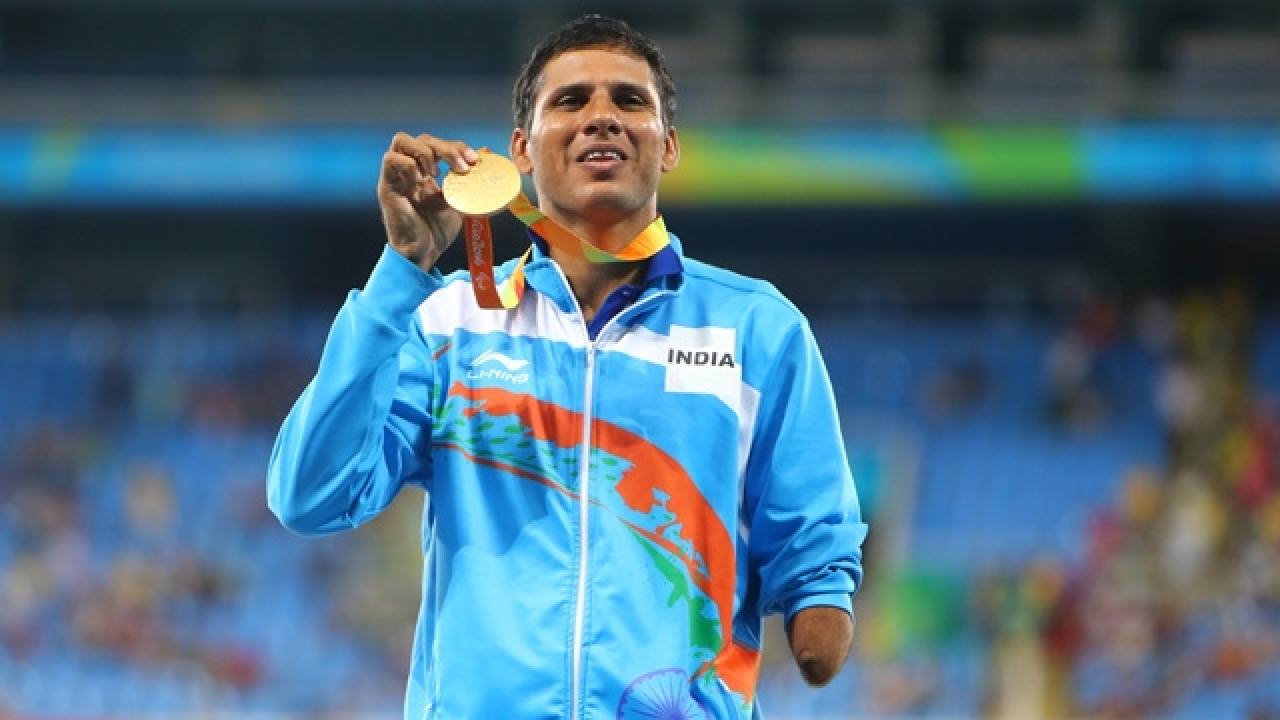 After the success of Asian Games, where they won a record 69 medal, India will now focus their sight on the Asian Para Games.

This time, India will be sending their largest ever contingent of 302 to the games. Thangavelu Mariyappan will lead the contingent at the opening ceremony.

Yesterday, the Indian athletes were denied entry into the sports village due to failure of making payment in advance.

As a result, the athletes will now have to reside outside the village until 4th October. However, they will be eager to leave behind the episode and win medals at the games.

India will hope for a good performance from the paralympians . Flag bearer, Thangavelu Mariyappan, a high jumper, comes foremost in the list. At the Rio Paralympics, he finished with a record jump of 1.89m, clinching a gold in process.

Deepa Malik, a popular para athlete, will lead India’s Shot put Javelin throw event. Even at 45, she is an early favourite to win the gold medal in these events.

Similarly, Amit Kumar, an Asian Para Games veteran, is another Indian athlete to look forward to in the Club Throw and Discus events. He has won one gold and two silver medals in the two sports respectively.

In addition to the above, eyes will also be on the likes of Devendra Jhajharia, Varun Bhati, Sharad Kumar and Narendra Ranbir.

Due to these and many other athletes, India will be confident about their prospects of winning medals at the 2018 Asian Para Games.

Monish Gadiya
Monish Gadiya is the Head of Content at KreedOn. He is a thorough tech-enthusiast and believes that innovation is the answer to all the problems prevalent in the society. Monish graduated from University of Pune with a degree in Civil Engineering before pursuing a post-graduate diploma course in intellectual property rights. A die-hard football fan, he has represented his college at various football competitions.
Previous article
Anju Bobby George: The leap of Success: Athlete Story
Next article
Youth Olympic Games 2018: All You Need To Know About YOG

Ind vs Pak – What Fans From India and Pakistan Have...

Meet Mustafa Ghouse: The guy who wants to make India a...