20 MS Dhoni Records that will leave you Stunned!

MS Dhoni – Probably the only creation of God with three of the finest qualities – The Finisher, The Leader and a wicketkeeper. And the Ranchi-born wonder is amongst the best in all three departments. Arguably the best finisher we have ever seen, a smart but calm cricketing mind in the leadership and an unorthodox but effective man behind the stumps, there is nothing that Dhoni has not achieved on the cricket field. So it should come as no surprise that the 37-year old holds a number records in all three departments. While some of them will come as no surprise given the sheer brilliance of the legend that MS Dhoni is but a few of them will leave you stunned. Let us take a look at 20 such MS Dhoni records:

Most Career Runs at No. 6

MS Dhoni made a career out of batting in the lower middle order and constructing partnerships with the tailenders. He batted at No. 6 and No. 7 in most of his ODI career, finishing games in his own unique style. So it should come as no surprise that the man has most runs at the No. 6 position in ODIs – 4031! That’s a lot of runs considering No. 6 batsman hardly gets any overs to bat and has to bat with tail Enders. But again, he is MS for a reason!

Highest Individual Score by a wicket-keeper batsman in ODIs

The swashbuckling, long-haired Dhoni truly arrived himself with an inning of 183 not out against Sri Lanka in 2005. Having shown his hard hitting power against Pakistan a few months ago, Dhoni was sent at No. 3 after India lost Tendulkar in the very first over. And the then 24-year old went on to play one of the finest ODI inning, scoring 183 runs off just 145 deliveries.

Dhoni’s inning had 15 fours and 10 sixes – A big number in the pre-IPL era. That score is Dhoni’s highest individual score and a highest score by any wicket-keeper batsman around the world in ODIs. Given the fact that likes of Adam Gilchrist and Kumar Sangakkara have been some of the greatest wicket-keeper batsman ever, MS Dhoni’s record is truly a remarkable one.

But Team India managed to pull that miraculous task off, beating Australia 3-0 in the T20 series back in 2016. Virat Kohli was the star of the series, scoring half-centuries in all three games. And MS Dhoni became the only captain to whitewash Australia on their turn in the past 140 years.

Fastest to reach No. 1 of ICC ODI Rankings

Thanks to his inning of 148 against Pakistan and 183 against Sri Lanka, MS Dhoni quickly made a name for himself in ODI cricket. Despite floating around in the batting order, the hard hitting batsman was performing at almost every position. And it showed in his ICC ODI rankings when he became the No. 1 batsman just after 42 innings – A World record! Dhoni still holds that record after almost 15 years.

Most Sixes in ODI as a Captain

MS Dhoni is known for a lot of things and his trademark ‘Helicopter Shot’ is one of them. Thanks to his sheer muscle power, hitting sixes has never been the hardest part of Dhoni’s career. And he has hit a total of 204 ODI sixes as the captain of the team, yet another World record.

Most ODI Games finished with a Six

Dhoni and finishing games off with a six – a better love story than most of the Bollywood movies. So in yet another unsurprising record, ‘The Finisher’ has finished NINE ODI games with a six, more than anyone else.

When you talk about MS Dhoni finishing a game with a six, you have to talk about the final of the 2011 World Cup. Dhoni ended India’s 28-year wait for the World Cup, with the most iconic six in Indian cricket. He also played a match-winning knock of 91 not out on that magical night in Mumbai. A few years later, the bat Dhoni used in that game was sold in an auction for £100,000, making it the most expensive bat of all time.

Only Player to win the World Cup with a Six

In the 11 World Cup played so far, four of them have been won by the team batting second. And on 2nd April 2011, not only did India chase the highest total in the history of World Cup finals, but MS Dhoni became the only batsman to win the World Cup with a six.

Most Times Bowled while playing as a WK

This is a unique record. MS Dhoni loves to bowl whenever there is an opportunity to do so. Sometimes it is due to the conditions or sometimes due to an injury to frontline bowler. MS Dhoni holds the record for bowling in the international cricket most number of times despite starting as a wicketkeeper – Nine. He has even got a wicket in ODI when he clean bowled Travis Dowlin of West Indies in the 2009 Champions Trophy.

Being one of the best finishers of all time, MS Dhoni has most number of not outs in ODI Cricket –Eight Two!

Most centuries at No. 7 in ODIs

We talked about MS Dhoni’s ability to bat in the lower middle order and this record is yet another example of his sheer brilliance. The 37-year old has scored two centuries batting at the No. 7 position, more than any other batsman in world cricket.

Most Stumpings in International Cricket

MS Dhoni is without a doubt the fastest wicketkeeper when it comes to stumpings. You risk missing Mahi’s stumping if you blink your eyes for less than a second. And his fast movement behind the stumps has helped him get the most dismissals via stumping in all three formats of the game.

Dhoni has 38 stumpings in test cricket, 120 in ODI and 33 in T20 internationals. And looking at these numbers, it is safe to say that his record in ODIs and tests will be a difficult one to break for a long time.

India had tried more wicket-keepers than ever before MS Dhoni made his debut. But once the long-haired muscular youngster found a place in the Indian team, India had no worries about finding another wicketkeeper for more than a decade. Dhoni is India’s most successful wicketkeeper in all three formats.

The unorthodox wicketkeeper has 294 dismissals in tests, 434 in ODIs and 87 in T20 internationals. His tally in the shortest format of the game is also a world record, with no other wicketkeeper anywhere near him.

This is an answer to every cricket fan or so called cricket expert, who has ever doubted Dhoni the batsman. Despite his unique batting style which was predicted to fail in international cricket, Dhoni has scored 10,000 plus runs in ODI cricket. He is one of the only 14 players to do so, and the very first one to it with a 50+ average. And this record becomes even more amazing when you think of the names who have scored 10,000 plus runs – Tendulkar, Sangakkara, Pointing and many more legends.

Virat Kohli later completed 10,000 runs with a 50+ average but Dhoni’s name will always be in the record books as the first one to do so.

Most T20 International wins as captain

MS Dhoni became the first captain to lift the T20 World Cup back in 2007 and he continued to boss that field for a long time. Dhoni is the most successful T20I captain with 41 wins in a record 72 matches led.

Rohit Sharma recently became the first captain to lift the IPL trophy four times, moving ahead of MS Dhoni, who has won the tournament thrice. But the Thala, as he is famously called in Chennai, is the most successful IPL captain of all time. Dhoni has won 104 IPL matches with 60% wins. He is also the only captain to cross the 100 mark in wins.

First Captain to take India at No. 1 in Tests

India are the current No. 1 side in the test cricket, courtesy a historic win in Australia. But that wasn’t always the case for Indians in the red-ball cricket. In fact, MS Dhoni was the first captain to lead India to the top of the ICC test Rankings back in 2009. He also became the first Indian to lift the famous ICC Test Championship Mace.

Most Matches as Captain

MS Dhoni has led India throughout various ups and downs for almost a decade. Starting with the T20 World Cup triumph in 2007, Dhoni finally decided to step down as the captain of India in 2017. In his long and successful career as a captain, Dhoni has led India on 332 occasions in all three formats – yet another world record.

Most Successful Indian Captain in all three formats:

Arguably the best Indian captain in the history, MS Dhoni has the stats to show that he is indeed the most successful Indian captain. Dhoni has won the most number of matches as the captain of India in all three formats. 27 in testes, 110 in ODI and 41 in T20I.

Although Virat Kohli has 26 test wins and will break Dhoni’s record before the end of 2019, it is a rare feat to be the nation’s most successful captain in all three formats.

Only Captain to win all three ICC Trophies: 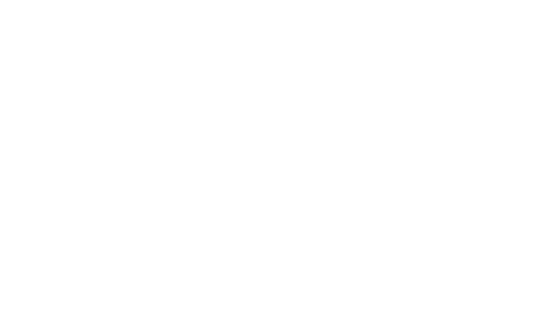 Everyone is aware of this record but this list will be incomplete if we don’t mention it. MS Dhoni is the only captain in the World Cricket to win all three ICC Trophies – ICC Cricket World Cup, T20 World Cup and the Champions Trophy.

Dhoni’s young team led India to success in the first ever T20 World Cup in 2007. Dhoni himself played a match winning knock in the final of the 2011 World Cup to lift the World Cup. And he completed the Treble by lifting the Champions Trophy in 2013.

Chinmay Pagar
I might be a Mechanical Engineer on the paper, but I was a Sports enthusiast since childhood, screaming at the TV watching cricket at the age of 4. Not much excites me other than sports unless it's free pizza. I can watch literally anything remotely related to sports; Cricket, Football, Tennis, F1, Hockey, Athletics, Chess, you name it! And I love to write too, so at the time I'm not watching sports, I'm writing about it. Or eating pizzas, of course.
Previous articleIndian Archery Team Achieves This Rare Feat after 14 Years
Next article30+ Hilarious Troll Cricket memes that will make your day

Not MS Dhoni or Kohli, this is IPL’s greatest batsman of...

All About The 7 Richest T20 Cricket Leagues In The World-...