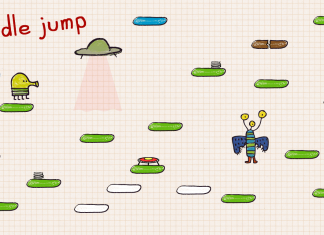 How many times do you find yourself with nothing to do at all? Or even better, how many times do you find yourself bored out of your mind at an office or in the middle of a lecture? You take out your phone and go through Instagram, WhatsApp and what not. But instead of getting addicted to social media, what if you had a few time pass games to get you all freshened up?

Yes, time pass games! Where you hardly have to think hard and just go with the flow. You can play those games all by yourself while traveling, in the middle of a lecture on in the office. But if you get caught, do not come back to blame us.

Here are 20 such time pass games to play when you are bored:

As simple as it sounds. All you have to do is toss the ball of a paper in the dustbin. Just to make it a little more interesting, a fan is placed on one side of the bin and the speed of the air is also mentioned. You have to manage your toss according to that speed and put the paper ball in the bin. The number of times you consecutively put the ball in without missing is your score!

A cult classic mobile game by all means, Fruit Ninja is a fruit slicing game where you do just what it says, slice all the fruits that appear on your screen. In the simple yet addictive gameplay, slicing those fruits with your finger will somehow give you a lot of satisfaction and all you will think about is beating the high score. And that my friends, is how you become a Ninja!

White and Black Piano tiles keep running through your mobile screen and all you have to do is touch only the black ones. The speed of tiles keeps increasing progressively and before you know it, you are tapping on the phone faster than Flash. The music and increasing speed of the tiles gets you into the groove like nothing else.

Bored out of your mind? Care to not use a single brain and just join dots of two same colours? Yes, that’s a whole game. Connect matching colour dots with pipes to create a ‘flow’ and cover the board by joining all such dots. But there is a catch, pipes are not allowed overlap. So once you get into advanced stages, things become a little more intense.

The classic game from the time Windows 98 has obviously been made into a mobile app in today’s world. We all know the rules, put the falling tiles on same coloured tiles at the bottom of your screen and keep the screen as free as possible. Once your tiles touch the top of the screen, you are done and dusted!

Again, thanks to technology, this classic game is a mobile app now and you don’t even need a second player to play with you. The OS will play as the second player while you try and beat it by applying all the techniques you ever tried in the school. And do we seriously have to explain how this game works? In the 3×3 Square, you need to get ‘X’ or ‘O’ in a line and not allow your opponent to do so.

Who doesn’t remember the Snake game from Nokia’s old phones? It was the only option we had for ‘mobile games’ and truly it was fun. A lot of developers have made their own version of the Snakes and have tried to give it a Nokia-like feel. Although nothing can match playing this game with those small phones, but you can try it once just for the sake of nostalgia.

Back to the games which are self-explanatory. In this game, you have to make sure a doodle jumps on the tiles as the game keeps progressing upwards. If you miss the tile, your doodle is dead by all means. And make sure you protect him from monsters as well.

Why did the Chicken cross the road? We don’t know that and we never will. But we have to help the chicken in this game to cross the roads, railway tracks, water bodies and what not. Just make sure you keep up with the pace as the screen keeps moving forward and you have to too. Do not get hit by a train or vehicles, otherwise you’ll never know why the chicken was crossing the road.

In this game, a hero is trying to move forward and he needs your help. Draw a stick of a perfect length to create a platform until the next pillar and so on. But make sure you keep the length perfect because a short or even a long stick will not work and your hero will fall down.

Another game we are all aware of and have probably uninstalled after playing for years. But now that you have not played this game for a long time, why don’t you try it once again. Playing such games after a long break helps us stay in love with these games. Rules of the games – Just keep running and make sure the monsters don’t catch you. Jump when needed, duck when needed and don’t forget to collect gold coins.

In the world of exceptional racing games, give this silly game a try and you will not regret it. A stupid driver is trying to drive his car or bike or a tank on the hill and he is obviously finding it difficult. You have to keep driving until the end and keep an eye on the fuel at the same time. But trust me, driving on those hills is not an easy task.

You are a ball in this game and you have to tap it to go through the circles. The tricky part is to make sure you cross the circle in from the same colour part as that of your ball. If you hit the wrong colour, you are a goner. But if you hit the correct colour, you keep going up and up.

Care to put maths in time pass? You start a game with a tile of 2s and 4s and you have to keep adding two tiles of the same number to get a bigger tile. This goes on until you get a tile of 2048 or if you run out of the boxes to add more tiles, you are out. A great brain exercise for math lovers, a nightmare for those who hate it.

A reversed Tetris if you will. Bubble shooter has a cluster balls at the top of the screen and you have to shoot one ball from the bottom. Make sure you shoot the ball towards the ball of same colour in the cluster. Once you get three or four balls together, those balls will break to create more empty space. Keep them breaking and don’t allow the cluster to touch the bottom.

A 5 vs 5 football game to be played with players in the form of checker coins. You can select the formation of your choice and once you kick-off, make sure you pass the ball to one of your checker-players by drawing a line. If you misplace the pass, the opponent gets the turn. Try to score a pre-decided number of goals to win the game.

Have ever felt like hitting everything that comes in your way. And while that is obviously illegal in real world, you can try it in this game. Smash obstacles in your path with a ball and get past them with a satisfaction. The music of the game and beautiful futurist structures in this game, make the experience ever better.

A side-scrolled game where you control a bird and try to get it past a column of green pipes without actually touching the pipes. Although it sounds very easy, due to its speed and a very small gap to pass the bird through, this game can get very frustrating very quick.

To end this article, we’ll leave with something, you will always remember us for – A Bubble Wrap App! Remember how we just love to pop those bubble wraps every time we buy something new? Well, now you can get that on the phone. With the satisfying voice of the air bubble popping! And we know that’s not technically game but hey, who’s complaining?